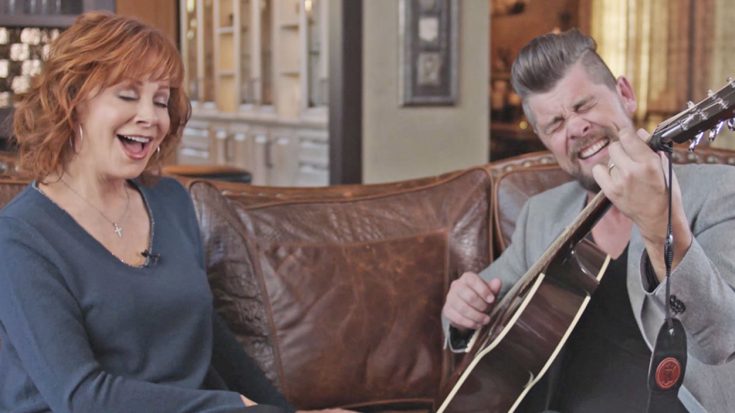 Grammy Award-winning singer Jason Crabb is one of the most well-known Christian/gospel singers of this generation. He began singing in his family’s band in 1996 and started his very successful solo career in 2009.

He interviewed Reba McEntire about her Dove Award-winning gospel album and walked away with so much more than just a few answered questions.

After thanking McEntire for releasing the album, Crabb asked her what inspired her to make a Christian/gospel album after decades of a successful country music career.

She explained that the plan was to record five old hymns and five new songs, but when she started looking through her hymnal, there were over 30 that she wanted to record! The ten song album turned into a two-disc project with ten traditional tracks and ten new original tracks.

McEntire spoke about her song selection process and began listing a few of the ones she chose. When she got to “Amazing Grace,” Crabb immediately asked if she would sing it with him, revealing that he did bring his guitar just in case she said, “yes.”

The red-headed singer took the lead and Crabb joined her with the harmonies, which blew us away. Seeing as this was an impromptu performance and they never rehearsed it together, they did an incredible job.

Watch the impromptu performance below.