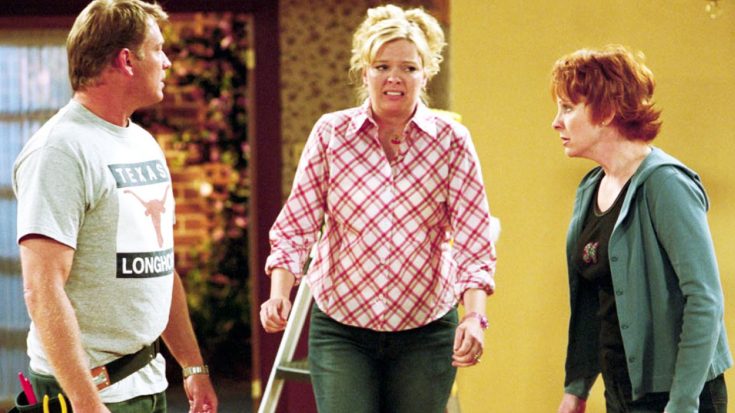 One of the most beloved and family-friendly television shows from the mid-2000s, this hit series went off air more than a decade ago – but with all the reboots happening, fans have been wondering, “Where’s our Reba reboot?”

Funnily enough, Reba McEntire has always been interested in bringing it back – after all, the show helped bring her one of her closest friends, Melissa Peterman! Peterman is known for her role as Barbra Jean on the show.

Throughout the last few years, Reba has often been asked if she’d sign on for a reboot, and she’s answered with a resounding “Yes!” So why hasn’t it happened yet?

Not many know about the ins-and-outs of television production, but there are plenty of shows that have pilots (and episodes) taped, but never make it to primetime! It’s a volatile market to say the least. Reba has admitted to having talks with network heads about bringing her show back, but nothing has come of it.

Recently, things got a little more fire underneath them when two other stars from the show appeared at Celebrity Fight Night 2018 alongside their redheaded co-star. In an Instagram post, Reba shared a photo of her, Peterman, and Christopher Rich (who played Reba’s ex-husband, Brock) all beaming great big smiles.

“Now all we need is the rest of the REBA cast!!” Reba captioned the snapshot excitedly!

But, the fun didn’t stop there! Nope, with this mini-reunion also came a surprising admission from one of the other cast members.

In the comments section, below all of the fans begging Reba to bring the show back, Melissa Peterman responded, saying that she was all aboard for the reboot – and even has the other stars’ phone numbers!

“I have their phone numbers….Let’s do this!!!” Peterman said.

So, if there were to be a “Reba” reboot – since two of the main stars are lined up – would you watch it?

Check out the cute photo from Celebrity Fight Night 2018 below and a hysterical clip from the show.