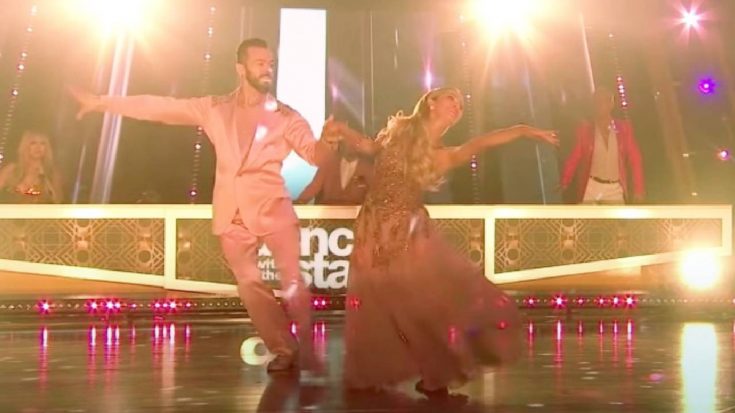 Season 23 of Dancing With The Stars kicked off on Monday, September 14 with a new host, a new judge, and all new protocols to ensure safety.

It's a ? special ? night on #DWTS tomorrow! What are you most excited for?

Posted by Dancing with the Stars on Monday, September 21, 2020

The premiere episode pulled in 13 million total viewers and Week 2 brought everything that it had to match that number.

One of the standout performances came from former Bachelorette Kaitlyn Bristowe and her partner Artem Chigvintsev. They performed a foxtrot to Lee Ann Womack’s chart-topping song “I Hope You Dance.”

Kaitlyn and Artem gave the last performance of the night, with Banks teasing their performance many times due to an ankle injury Kaitlyn sustained during dress rehearsal. Despite the injury, the pair danced as though nothing was wrong.

Their performance earned them the highest score of the night with a 22/30 and the season’s first 8! So far, she is looking to be the one to beat! Watch their foxtrot set to “I Hope You Dance” below.