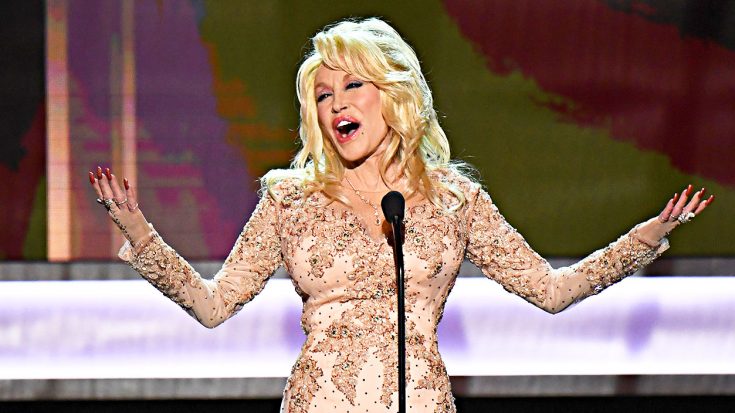 It might just be a small Tennessee town, but they certainly go big with their practical jokes!

Dolly Parton‘s Smoky Mountain home is one of the most beautiful parts of the state – and with someone as big as Dolly attached to the town, they certainly draw a lot of attention for only having 5,800 residents!

Using this attention to stir the pot a little, a travel guide site for the city shared an article that explained what Dolly’s big next move was – and people lost their minds!

Pigeon Forge TN Guide explained how this beloved country legend was kicking off her next business venture with a surprise Easter announcement. What was this big deal happening? None other than Dolly launching her own cruise ship.

“Dolly Parton has made a surprise Easter announcement that she has partnered with Royal Caribbean to launch a brand new faith-based cruise ship to be called ‘Parton of the Seas’,” the site said in an April 1st post. “The team emphatically agreed that Dolly Parton was the perfect person to partner with on their next cruise ship…they internally referred to it as a PARTONership.”

The site then gives intimate details of the ship’s luxury features, entertainment, and fine dining. They even go so far as to describe the pool deck and share photos that suggest you’ll see similar things while on board.

But not one letter of it was true! And a bunch of Dolly Parton fans fell for it!

After reading about how immense and fun this brand new cruise ship is, you find out at the bottom of the article that this was all a big ruse – and a hefty April Fool’s joke!

“As much as we wish Parton of the Seas would set sail soon, sadly she won’t make it beyond this blog post…because it’s our annual April Fool’s joke!”

Check out all the hilarious reactions from fans below after their post was shared more than 19,000 times!