Hours Before His CMA Fest Set, Marty Stuart Drops Out 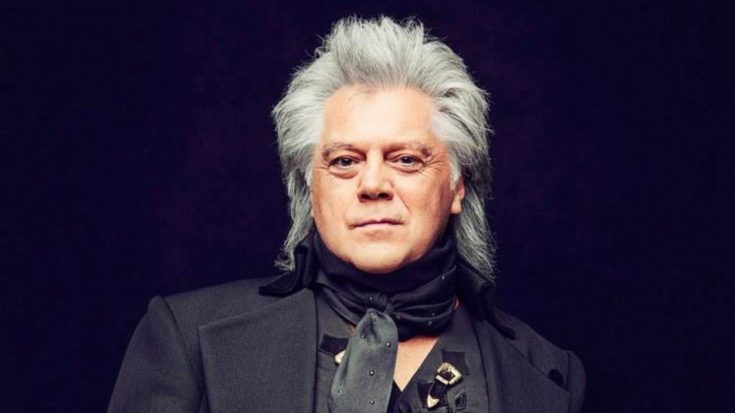 For months now, country fans have been planning their experience for the annual CMA Fest, a four-day music experience in Nashville. The festival has countless stages, so if you have a wide range of taste, you’ll probably want to go to each stage to see some of your favorite performers throughout the day.

Around 8pm on all four nights, all the attention goes to the biggest stage – Nissan Stadium, where the biggest names in country music will be playing sets including Kane Brown, Brothers Osborne, Rascal Flatts, Florida Georgia Line, Carrie Underwood, Eric Church, and so many more.

For opening night (Thursday June 6), country legend Marty Stuart was slated to perform, but just before 8am Thursday, the Country Music Association announced that he had dropped out.

“Due to a personal family matter, we regret to inform fans that Marty Stuart will no longer be able to perform at Nissan Stadium Thursday night during CMA Fest,” the statement read.

This came as a shock to fans, since he had just performed a three-and-a-half-hour show Wednesday night (June 5) that “that kept onlookers hollering well into Thursday’s early hours.” The performance was for his 18th annual Late Night Jam at the Ryman Auditorium.

While fans were sending their thoughts and prayers to Stuart as he attended to his “personal family matter,” they were thrilled to find out his replacement – country legend and firecracker Tanya Tucker, who had just stolen the show at the CMT Music Awards.

Due to a personal family matter, we regret to inform fans that Marty Stuart will no longer be able to perform at Nissan…

Tucker brought her zest for life to Nissan Stadium Thursday night, and made fans forget for just a few minutes that they were standing in the pouring rain. She performed a four-song set that included two songs from her upcoming album While I’m Living, out August 23.

Tucker kicked off her set with her 1992 hit song “It’s a Little Too Late,” then brought out surprise guest Brandi Carlile to sing “The Wheels of Laredo” and “Bring My Flowers” from the new album, which Carlile co-produced with Shooter Jennings.

The dynamic duo, who had never met before working on the album together, closed out the set with a fiery rendition of “Delta Dawn,” much like their CMT Music Awards performance.

Watch that performance below.