The Hopeless Quest To Solve Country Music’s Most Mysterious Song 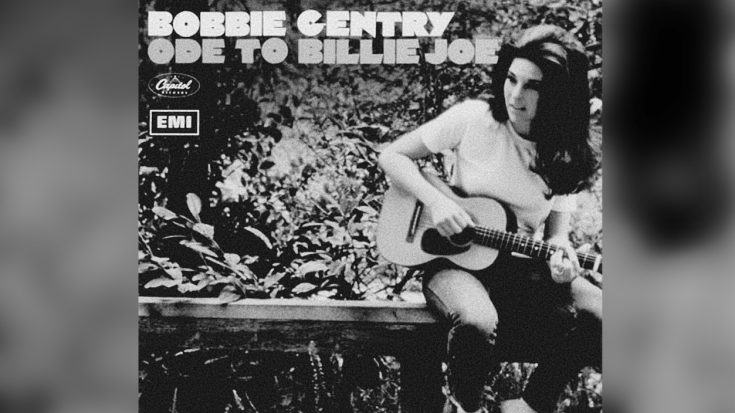 Everyone loves a good mystery. Many classic country fans love Bobbie Gentry and her songs. And it goes without question that Gentry is one of the most mysterious figures in country music history.

Gentry had only been active in the industry for a decade before she started to lose interest in performing. Despite the fact that she was one of country music’s most popular acts and had a successful show in Vegas, she made the choice to end her career and retreat from the spotlight.

As the year draws to it's close, we are pleased to report, that the Bobbie boxset 'The Girl From Chickasaw County' appears prominently on many of the 'best of 2018' lists in the press: Drum roll please! The Times – No' 1 The LA Times – No' 1 The New York Times – No' 1 MOJO – No' 1 The Boston Globe – No' 2 Shindig! – No' 2 Record Collector – No' 2 Variety – No' 3 Paste Magazine – No' 3 Billboard – No' 5 Rolling Stone – No' 5 Pop Matters – No' 5 The Sun – No' 8 Thanks to all who have bought, listened, and supported this release; 2018 has been great. ?Wishing you all the best for 2019!???. Photo by Doug Griffin, Toronto, 1969. #bobbiegentry #thegirlfromchickasawcounty #odetobilliejoe #fancy #singer #songwriter #femalesinger #femalesongwriter #femaleproducer #music #womeninmusic #womenincountry #country #countrylegends #CountrySoul #womenofcountrymusic #countrymusic #womenwhorock #southerngothic #americanfolk #beauty #vintage #60sstyle #60sfashion #capitolrecords #boxset #reissue

Her final public appearance was in 1981. After that she retreated to Los Angeles, where she remained until moving to a gated community near Memphis, Tennessee, according to a 2016 Washington Times report.

The Tragic Song That Started Speculation

While her sudden disappearance from public life has made Gentry a source of mystery in recent years, the talented singer-songwriter always had a mysterious air about her. And that can be credited to her tragic single, “Ode to Billie Joe.”

Written entirely by Gentry, the song is told through the voice of a young Southern girl. She gathers with her father, mother, and brother to eat dinner, when her mother informs her that a local boy, Billie Joe McAllister, jumped off the Tallahatchie Bridge and died.

While everyone else seems unmoved by the news, the narrator is obviously hurt. A year later, she could be found on the bridge, throwing flowers into the water in mourning.

In that one line rests one of the greatest mysteries in country music. A mystery that has driven people mad in search of the answer. And it’s a mystery that may never be solved.

Bobbie Will Always Keep The Secret

“Ode to Billie Joe” was a huge hit, which meant there were millions left wondering what Billie Joe and the film’s narrator tossed of the bridge. Whatever it was must have been of great significance, since Billie Joe was apparently distraught over their decision and ended up taking his life.

In a 1967 interview, Gentry said that the #1 question fans asked her was what the young couple tossed off of the bridge. She named some of the most common guesses, including an engagement ring, a draft card, and even a baby. But she refused to name the item herself, only saying, “suppose it was a wedding ring.”

I know there are more pressing issues right now but could someone please get Bobbie Gentry to tell us what the narrator and Billie Joe threw off the Tallahatchie Bridge already?

To Gentry, it never mattered what the item was that was thrown of the bridge. Rather, it was all about how that item symbolized a connection between the narrator and Billie Joe, and also could have prompted his eventual death.

“It’s in there for two reasons,” she said. “First, it locks up a definite relationship between Billie Joe and the girl telling the story, the girl at the table. Second, the fact that Billie Joe was seen throwing something off the bridge – no matter what it was – provides a possible motivation as to why he jumped off the bridge the next day.”

That’s the narrative that Gentry maintained, and she never named the item that the young couple threw off of the bridge. Fans have been left to speculate about it for decades, and probably will continue to do so forever.

Though in a way, the item was revealed, and it wasn’t what anyone expected it to be.

Because of its popularity, “Ode to Billie Joe” was turned into a film that was released in 1976.

In that film, Billie Joe ends up taking his own life over guilt he feels after a drunken experience with another man. But before he died, he and his girlfriend took to the bridge to toss the famous mystery item over the side.

Finally, fans of the song thought they had the answer they had waited on.

But when the mystery item was finally revealed, it was nothing that fans of the song had ever guessed. Instead of tossing away a ring, a baby, or a draft card, Billie Joe and the girl threw her ragdoll over the side of the bridge as a way of symbolizing the end of her childhood and entry into adulthood.

'Ode to Billie Joe' a Great and Timeless Song But a Terrible Movie [VIDEO]: It’s one of the greatest songs eve… http://t.co/fGHL4nyByd

As you would expect, some fans weren’t pleased with the movie’s answer to the “what did they throw off the bridge?” question, since it seemed so anticlimactic. Today, the reveal made in the movie isn’t regarded as the truth where the song is concerned, leaving fans to continue their speculation.

So what did Billie Joe and the narrator throw off the bridge? It’s likely we my never know.

But if the movie showed us anything, it’s that things are sometimes a little more exciting when you just let a mystery be a mystery.