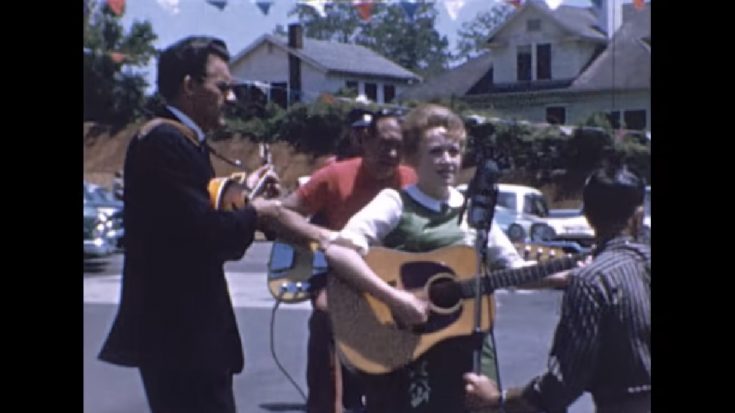 It would be roughly six years later that Dolly would release her debut album, Hello, I’m Dolly, and begin securing her place as one of country musics most loved and adored artists. But, the road to success wasn’t an easy one for Dolly who was the 4th of 12 children living in a one-room cabin in the east Tennessee mountains. Dolly has often described her family as “dirt poor,” a fact documented in her songs “Coat of Many Colors” and “In the Good Old Days (When Times Were Bad).”

When she was eight, her uncle bought her her first real guitar. Shortly after, Dolly began singing on local television and radio programs near her east Tennessee home. By age 10, Dolly was performing on The Cas Walker Show and appeared on the Grand Ole Opry a few years later where she met Johnny Cash. It was the Man in Black who encouraged her to follow her music dreams.

Following Cash’s advice, Dolly moved to Nashville the day after graduating from Sevier County High School in 1964, and the rest is history. Dolly boasts 44 career Top 10 country albums and has charted 110 singles over four decades. She has also earned eleven Grammy Awards with fifty nominations, ten CMA Awards and is one of only seven female artists to win the Country Music Association’s Entertainer of the Year Award, five ACM Awards, and other awards too numerous to mention.

It’s thrilling to think that in the video below Dolly had no idea that she was a few short years away from becoming one of the greatest music legends of all time. Take a look at the video below of young Dolly Parton singing in a gas station parking lot and let us know what you think.