Home Free Sings ‘Angels Among Us’ With Alabama At 2016 Concert 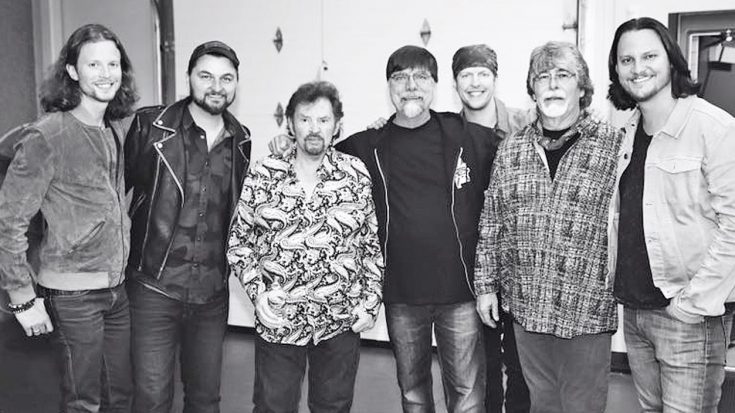 You could say that Home Free is a big fan of Alabama, and honestly, who isn’t? In October 2015, the talented a cappella group tackled a whole medley of Alabama’s biggest hits in a video on their YouTube channel, which has since reached over two million views.

In September 2016, Home Free had the chance to open for Alabama at one of their shows. Although that opportunity was amazing all on its own, Home Free was truly honored when they were able to join Alabama on stage to sing one of their greatest songs with them.

The two groups sang some of Alabama’s biggest hits, including their emotional song, “Angels Among Us.” Since both Home Free and Alabama are known for their stellar harmonies, you can bet that their performance was beautiful. There were so many great voices on one stage, and even the crowd joined in on the singing.

Home Free’s online following was equally impressed. The live video they shared of the performance has generated over 190,000 views.

Tune in below to watch Home Free and Alabama sing together. We’d love to see them collaborate again in the future. Maybe Home Free will even be able to get them to be in one of their music videos!

"Angels Among Us" with the legends, Alabama!