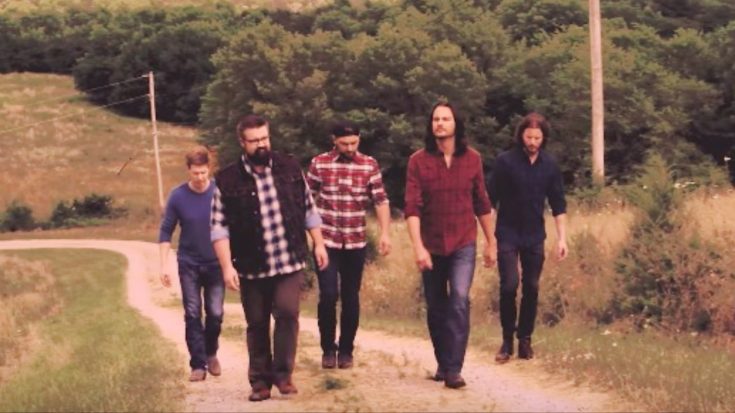 Through the years, Home Free has treated us to many unique renditions of beloved country hits. The a cappella groups delivers all of these covers without the use of any instruments, which makes their performances all the more remarkable.

While Home Free covers modern country hits, the group also dives deep into the genre’s history to cover its classics. Just a few of the many timeless songs they’ve recorded include Dolly Parton‘s “9 to 5,” Johnny Cash‘s “Ring of Fire,” and the traditional folk song “Man of Constant Sorrow,” made famous in the film O Brother, Where Art Thou?

Speaking of folk music, the group also recorded a cover of a song by popular folk artist John Denver.

While Denver was labeled as a folk musician, he shared strong ties to country music. Those ties were strengthened through his hit song “Take Me Home, Country Roads,” which is considered a country song.

The track was released in 1971, and was a huge success. It peaked at the second spot on the all-genre Billboard Hot 100.

Despite its pop success, the song wasn’t a big country music hit. It only peaked at the 50th spot on the country chart following its release.

But as you well know, the song later came to be regarded as a country classic. It has since been covered numerous times, and was even one of three songs sampled in the mega mashup “Forever Country.”

The mashup also included snippets of Parton’s “I Will Always Love You” and Willie Nelson‘s “On the Road Again.”

The group managed to accomplish both things, as they opted to take the song and slow it down significantly. The slow-paced arrangement allows them to showcase their perfect harmonies while members take turns singing lead.

Home Free also released a stunning music video to accompany the song. The clip shows them standing out in the country while the glow of the sun surrounds them. It’s a fitting visual to pair with their brilliant rendition of “Take Me Home, Country Roads.”

You can enjoy the group’s video below. Get ready for that final chorus, because it’s sure to leave you covered in goosebumps.