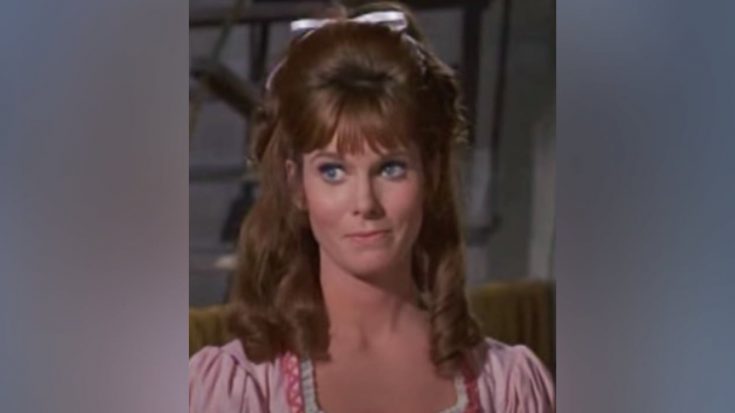 One of the world’s most beloved actresses has died.

Bridget Hanley was born on February 3, 1941 in Minneapolis, Minnesota. She and her family moved to the Seattle-area suburb of Edmonds, which is where she grew up. She graduated from Edmonds High School and went on to attend college at the San Francisco College for Women and the University of Washington. She graduated in 1962 with a drama degree.

After participating in some stage productions, Hanley made her way to Hollywood. She was cast in episodes of multiple popular TV series, including Hank, Gidget and The Farmer’s Daughter. She eventually landed roles on other iconic shows including Bewitched, Love on a Rooftop, I Dream of Jeannie, and The Flying Nun.

Hanley got her big break when she was cast as Candy Pruitt in the TV series Here Come the Brides. The series was based on the story of the Mercer Girls, who also inspired the musical Seven Brides for Seven Brothers.

Here Come the Brides ran from 1968-1970. Hanley developed a close friendship with her co-star Bobby Sherman, who played her love interest on the show.

After appearing in Here Come the Brides, Hanley famously played Wanda Reilly Taylor in the Harper Valley PTA TV series. The series, which aired from 1981-1982, was based on Jeannie C. Riley‘s hit country song of the same title.

Barbara Eden starred in the series as Stella Johnson, and Hanley’s character was her nemesis.

Hanley continued to appear in a number of other works through the years. She was also know for being a champion for the Edmonds Log Cabin, which was built in the 1930s. Her family donated the cabin to her hometown in 1975, and Hanley played a pivotal role in helping raise funds for its restoration.

It was the Edmonds Beacon who reported that Hanley passed away on December 15 at the age of 80. According to the publication, Hanley died following a battle with Alzheimer’s Disease.

Eden mourned Hanley’s passing in a post on social media. She wrote:

“My costar from “Harper Valley PTA” the television series has passed. She was delightful to work with, funny and warm. My condolences go out to her family, friends and fans.”

My costar from "Harper Valley PTA" the television series has passed. She was delightful to work with, funny and warm. My condolences go out to her family, friends and fans. -B https://t.co/mNPJj8VVfp

Hanley was preceded in death by her husband Egbert Warnderink (E. W.) Swackhamer, Jr. They married in 1969 and were together until he died in 1994. They shared two daughters, Bronwyn and Megan.

Our thoughts and prayers go out to Hanley’s daughters and her other loved ones during this sad time. She will be so dearly missed.

RIP Bridget Hanley, dead at 80. Her heyday was in the '60s, '70s and '80s. Her big break came as the lead actress in Here Come the Brides. The show lasted three seasons, due in no small part to David Soul and Bobby Sherman, who were constantly featured in the teen scream mags. pic.twitter.com/MQURiNDAFt