Granddaughter Of “I Swear” Songwriter Wows With American Idol Audition 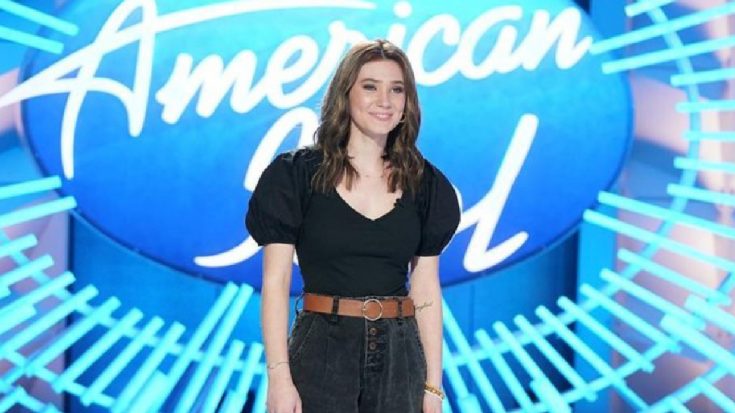 Cadence Baker. Remember her name. If her American Idol audition is any indication, this singer with an impressive musical pedigree will be someone we will be seeing a lot from.

Cadence is the daughter of Shane Baker, former lead singer for the Christian rock band Cadence, and the granddaughter of award-winning songwriter Gary Baker. Gary Baker is best known for his crossover hits “I Swear”, recorded by John Michael Montgomery and All-4-One, and “I’m Already There” recorded by Lonestar.

Prior to her audition, Cadence said that it’s been difficult to “pop out of that shadow” of being from a musical family. “I hope the judges see that I am my own artist and I do have what it takes.”

Accompanied by her father on guitar, Cadence performed a rousing cover of Whitney Houston‘s “I’m Your Baby Tonight.” The judges came to their feet for a standing ovation as soon as her performance ended, but they weren’t only singing the praises of Cadence.

“That was not fair,” Lionel Richie said. “People come in all the time with guitars. You came in with a professional guitar player that happens to be your dad. And he had such a pocket….I mean, that pocket was so tight and then your daughter just stepped right in the pocket.”

Katy Perry added that most artists who audition with Whitney Houston covers get sent packing. “A lot of people come in and they go, ‘Well, I’m gonna sing “I’m Your Baby Tonight” by Whitney Houston’,” Perry said. “And in my head I’m saying ‘Alright, then see yourself to the door.'”

“I think it’s one of the best auditions I’ve seen. I wrote ‘potentially Top 10’ down,” Luke Bryan told the singer. “Write this day down because it’s a dadgum special one for me. That was awesome, awesome, awesome.”

It came as no surprise that the judges unanimously voted to send Candace Baker through to the next round of auditions in Hollywood. Check out her jaw-dropping American Idol audition in the video below.