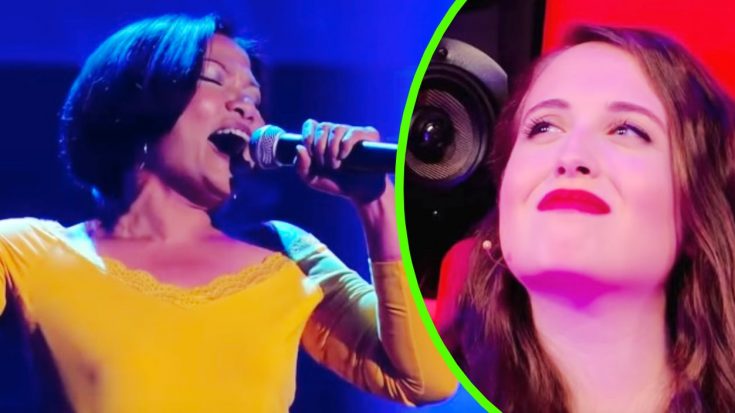 The Voice is not just a successful show in the United States. There are iterations of The Voice in countries all over the globe, proving that the world loves the show’s format and the talented artists it discovers.

Germany’s version of the show, known as The Voice of Germany, began airing in November 2011. In 2019 the show was searching for its ninth champion.

One singer, Saenab Sahabuddin, hoped she would get the chance to be that champion.

For her blind audition, Sahabuddin chose to perform a song that has been recorded by not one, but two country artists. That song is “How Do I Live,” which was recorded by both LeAnn Rimes and Trisha Yearwood.

Originally, the song was promised to Rimes by its songwriter, Dianne Warren. She was supposed to record it for the Con Air soundtrack, but the company behind the film decided her rendition had too much of a pop influence.

They called on Yearwood to record the song instead. Yearwood, unaware that Rimes’ version already existed, recorded “How Do I Live” in a more country style.

When Yearwood’s recording was released on May 27, 1997, Rimes’ father and then-manager, Wilbur, released her recording to pop radio on the same day.

Both versions ended up being massive hits. Rimes’ rendition even set a record on the Billboard Hot 100 chart for remaining on that chart for 69 weeks. The two versions were also both up for the Grammy Award for Best Female Country Vocal Performance, which Yearwood won.

Anyone who sings “How Do I Live” surely feels a great deal of pressure, since Rimes and Yearwood are known as two of the greatest vocalists in all of music. So we can only imagine how nervous Sahabuddin was as she took to the stage for her blind audition and started to sing.

She took some liberties with the arrangement, and added a little flair to make the song her own. This caught the attention of the coaches, and she got one chair to turn pretty early on.

But then the unturned coaches seemed a bit put off when Sahabuddin went for the high note and didn’t quite hit it.

In the end, Sahabuddin got an additional chair to turn, so clearly two coaches though she had potential! You can check out her blind audition in the clip below.