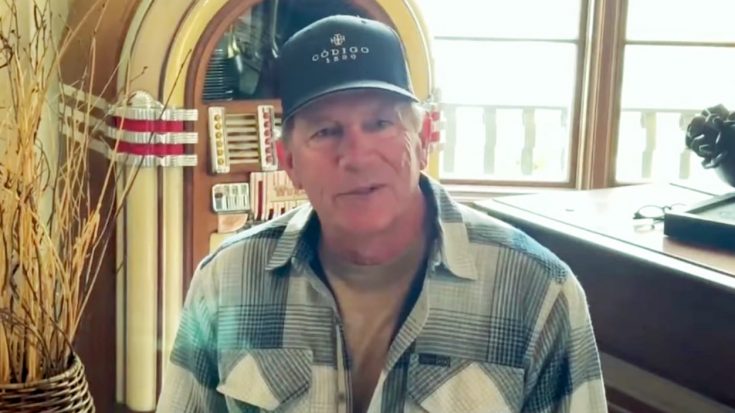 George Strait has won many awards over the course of his career. But until Monday night (April 11) he had never won a CMT Music Award! Isn’t that hard to believe?

Mid-show, co-host Anthony Mackie told viewers that the winner of the Performance of the Year award had been chosen off-broadcast. Then, he revealed that Strait won the award for his performance of Charley Pride‘s “Is Anybody Goin’ to San Antone” during the CMT Giants special in Pride’s honor.

Pride passed away at the end of 2020. The CMT Giants special was hosted to remember his life and the music he left behind.

Strait accepted his award over video call. These awards are all fan-voted, so Strait thanked the fans for choosing him to win this award:

“Wow, I can’t believe I won. I’m sorry I’m not there tonight, but I wanna say thank you to all the fans who voted for me. I really appreciate that.”

Then, Strait spoke about how much the award means to him, since he won it for performing one of Pride’s songs:

“This was really special for me because it was a tribute song to the late Charley Pride, my friend. And I want to say ‘hi’ to Charley’s family out there. Thank you very much.”

You can watch Strait’s acceptance speech in the video below. Congratulations to him for winning his first CMT Music Award!