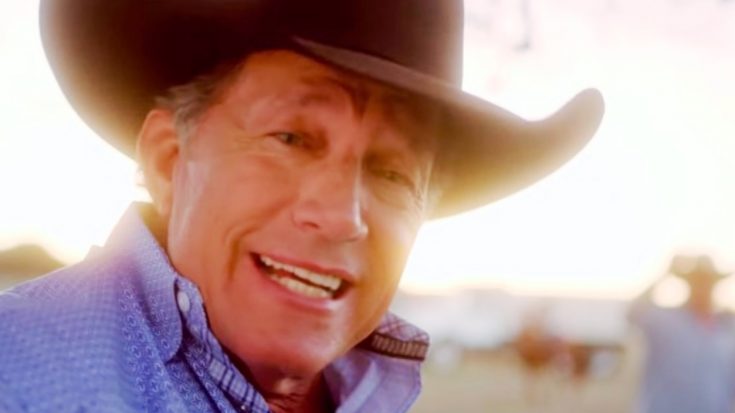 George Hints Toward The Thing Everyone Has Wanted

George Strait‘s album, Honky Tonk Time Machine, arrived in early 2019, and he celebrated by releasing a little something else to go with it…something he hadn’t released in years.

That something was a music video for his intoxicating track, “Código,” an ode to George’s favorite type of tequila. The song was the first taste anyone got of Honky Tonk Time Machine, as it was released in December 2018.

Fans first got a hint that George made a music video for the track when he shared an image to his social media accounts that showed him being filmed. Based on the setting, fans assumed if he was filming a music video, it must have been for “Código.”

George didn’t spill the secret right away, simply telling fans to “smile” and promising something “exciting” to come.

His First New Video In Ages

Then in March 2019, George confirmed what everyone had suspected…he shot a music video for “Código!”  The release of the music video was a huge deal, since it marked the first time in years that George had filmed a brand-new music video.

Now “King George” is back in the music video game, and the clip for “Código” is a delight for the eyes and ears. The clip opens with him encountering an old friend playing guitar, who George greets and speaks to in Spanish.

He then picks up a guitar of his own, and starts joyfully singing about his love of tequila.

According to a press release, the music video was filmed at the actual distillery where “Código” is made…that’s pretty cool!

Most of the music video takes place outside, where George can be seen walking through fields of agave. There are also scenes that show people dressed in their finest country and Western garb, dancing the day away as the sun sets.

George joins in on the dancing toward the end, and his dancing partner is his beautiful wife, Norma. The smile on George’s face is so natural…it warms our hearts!

It won’t take you long at all to warm up to George’s music video for “Código.” Be sure to check it out below.