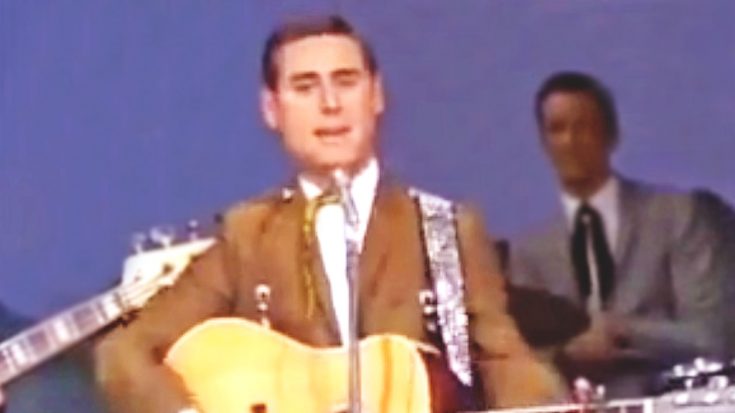 Playing At “The Mother Church”

Out of all of the venues a country singer can perform at, there is none more prestigious than the Ryman Auditorium. That famed stage has hosted a countless number of country legends over the decades, including George Jones.

R.I.P. George Jones. Seeing the Possum at the Ryman Auditorium was a major highlight for me.

Thankfully, many of Jones’ performances at the Ryman were caught on camera. There’s even some vintage footage of him performing there during the earliest stages of his career.

While it’s not challenging to find footage of older country singers performing at the Ryman, it’s not always of the best quality. Color footage is even more of a rarity to come by.

So when we uncovered a full color video of Jones singing one of his biggest hits at the Ryman, we knew we found a real treasure.

The video we have to share with you dates all the way back to 1970. Jones had already been in the business for 17 years at that point, and had made numerous appearances on the charts. His song “The Race is On” was one of those hits, and reached the third spot on the Billboard country chart in 1964.

“The Race is On” is just one of Jones’ many singles that can be classified as timeless. Since Jones recorded it decades ago, the song has been covered by a number of notable artists, including Waylon Jennings, Faron Young, and even Alvin and the Chipmunks.

Since it’s such a well-known song in the span of Jones’ career, we’re sure you’ll enjoy this old-school footage of him performing it at the Ryman in 1970. Seriously, watching it is like cracking open a time capsule and taking a peek into another era.

While the quality of the video is a bit shaky, the color is bright and brilliant. Other than Jones’ immense talent, the vivid color is the best part of the entire clip!

In other words, this footage is a real gem. No fan of classic country music should pass on watching this! So what are you waiting for? Check out the video below!