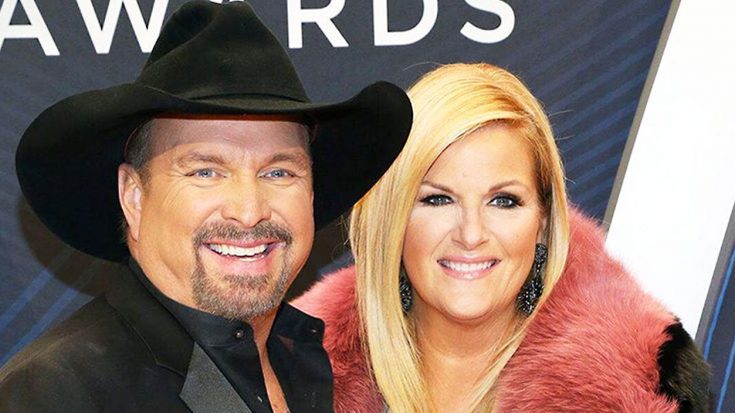 In the spirit of the Holidays, one country couple added a furry new friend to their family. Garth Brooks and his wife, Trisha Yearwood took to social media this morning to introduce their newest member of the Brooks family: Millie.

Brooks & Yearwood started their family together when they got married in 2005. Brooks had three daughters, Taylor, August, and Allie, from his previous marriage. With no hesitation, Yearwood took the girls under her wing becoming their stepmom. In an interview about becoming a stepmom, Yearwood explained,

“I love having them all the time. You fall in love with them. You learn why people have kids.”

Let's do this Saskatoon! Opening Night LIVE here on Facebook before the show tonight!!! Ask me ANYTHING in the comments below!!!! love, g

Brooks and Yearwood never had any children of their own. Nonetheless, after almost 13 years of marriage, the couple has been more in love than ever. But on November 27, 2018, Brooks and Yearwood decided to add one more member to their family. The couple rescued a black and white puppy from their local animal shelter. Yearwood posted on social media to remind fans how important it is to adopt.

“You can save a life, have a new best friend and give a homeless pet a forever home at the same time.”

Yearwood posted a series of three photos of the precious pup. The first being her and Millie, as she smiles down at her new furry friend. The second picture shows Millie running through the grass, looking ecstatic to be at her new home. Lastly (and the sweetest of all), is Emmy – the family’s dog – laying next to her new companion, Millie.

We already can’t wait to see more from little Millie!

Introducing Millie, our new rescue! (Emmy’s still not quite sure what happened ? ?) In the spirit of #GivingTuesday let’s bring awareness to the importance of #petadoption & #animalrescue. Millie was the ONLY dog adopted Saturday from #MauryCountyAnimalServices. You can save a life, have a new best friend and give a homeless pet a forever home at the same time. Who knows, you might even adopt one of Millie’s siblings! xoxo #AdoptDontShop