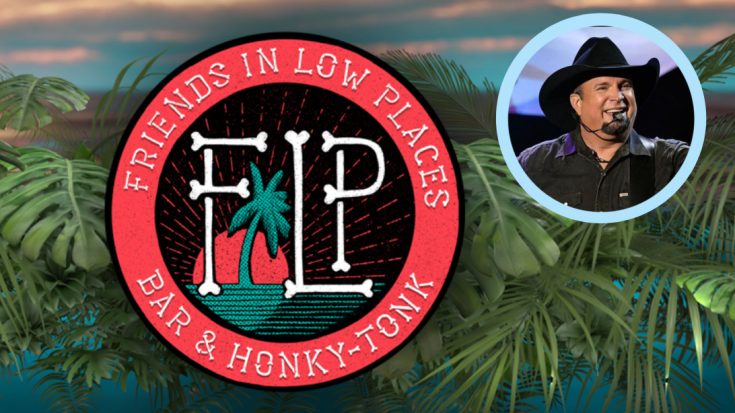 The wait is almost over! Garth Brooks‘ new bar and honky-tonk will be opening its doors soon on Nashville’s Lower Broadway.

An official opening date is yet to be announced, but a post made on Brooks’ social media accounts Tuesday revealed that the bar called Friends in Low Places Bar & Honky-Tonk is opening soon.

In April, Brooks announced that he is the latest country star to open an establishment in Music City. The singer told CMT at the time that he had a clear vision for what he wanted his honky-tonk to be.

“It’s a classic honky-tonk,” Brooks said. “It’s what I grew up in. It’s a bar along one wall, a bar along the other wall, and the rest is just space to dance or whatever you want to do.”

Brooks went on to explain that he wanted the 40,000 square foot property to be the “Chick-fil-A of honky-tonks.”

“The main thing people care about when they go into a bar is the people,” Brooks said. “My main push, from day one, is that they are sweet people. They are nice people. It’s a house of love and a house you are safe in.”

Brooks shared that he wants a wide variety of country music to emanate from the venue, with everything from George Strait, Merle Haggard, and Luke Bryan to Dolly Parton, Ashley McBryde and Reba McEntire.

“I don’t think that’s impossible to ask,” he said. “I’m hoping this place is a thumpin’ place that always looks like something is going crazy in there. I like that. But when you walk in, I hope it’s country music that you hear.”

“We feel very lucky to have the chance to be part of Lower Broad, which is arguably THE hottest spot in the country,” Brooks said in March. “The goal is a classic honky-tonk that welcomes all and encourages love and kindness while playing the greatest music in the world in the home of Country Music!”