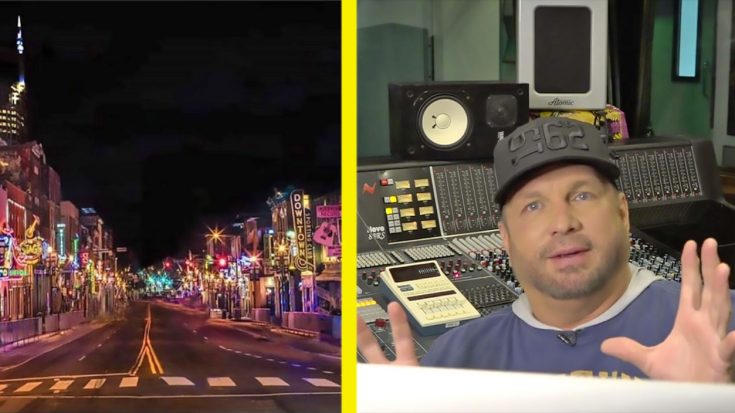 Pretty much the only thing left for Garth Brooks to accomplish would be opening a bar on Broadway in Nashville, Tennessee. After all, mega-stars such as Jason Aldean, John Rich, Alan Jackson, Blake Shelton, and Dierks Bentley all have bars on lower Broadway. After winning the CMA award for “Entertainer of the Year” seven times, a Broadway bar would be another major accomplishment for Brooks.

He shared his thoughts on the idea during a press conference on July 29, 2020.

“It’s something that’s coming. It’s coming in the future but it’s gonna be done the way we do it so it’ll be it’s own place.”

Luke Bryan’s 32 Bridge Food + Drink, Dierks Bentley’s Whiskey Row, Blake Shelton’s Ole Red, and Jason Aldean’s Kitchen + Rooftop Bar all opened in the summer of 2018. Each bar has turned into a must-see, for people visiting Nashville as well as the locals looking for a night out.

The place that’s worth the wait. ? @nashvillebacheloretteguide

Although Brooks was light on the details, he did say that we could expect it to happen within the next couple years.

“It’s coming, I would say, probably in the next two years, three years…when you talk about Broadway, that is ‘Friends in Low Places’ right there.”

A post shared by Dierks Whiskey Row Nashville (@whiskeyrownashville) on May 22, 2020 at 4:00pm PDT

During the press conference he also announced that he is permanently removing himself from consideration for the CMA “Entertainer of the Year” Award. He did mention that he will remain in contention for all of the other CMA categories and for all ACM categories, as well.

Watch the entire press conference in the video below.