Garth Brooks Announces New ‘Dive Bar Tour’ – Is He Coming To Your Town? 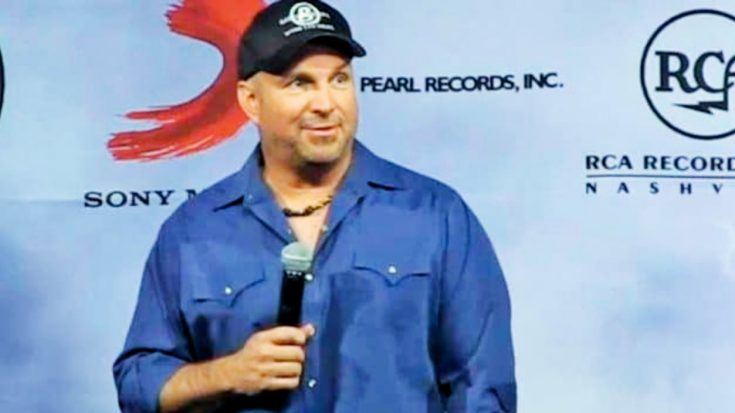 Garth Brooks is currently in the midst of his three-year Stadium Tour, which has already been an immense success. Even though his shows are booked in stadiums with thousands of seats, the tickets always sell out.

Brooks even added an additional show in Boise, Idaho, after his first show in the city sold out after just one hour.

Idaho Governor Brad Little took the time to personally call Brooks and ask if he’d be willing to add an additional Stadium Tour stop to his Boise schedule. Just a day after that call was made, Brooks revealed his plans to host a second show in the city!

What do you say to a second show in Boise, @garthbrooks? #GARTHinBOISE pic.twitter.com/eHsiwW2HIY

Brooks doesn’t reveal all of his Stadium Tour stops right away, leaving fans to guess when and if he’ll be coming to their city. He’s only scheduled a few stops so far, so previously, there was no telling how many shows Brooks would be willing to perform on his tour.

Well apparently, he’s willing to at least perform seven new shows. But much to everyone’s surprise, Brooks announced that these shows won’t be part of his Stadium Tour.

Instead, these seven shows will be part of a new, smaller tour Brooks has branded as his “Dive Bar Tour.” He shared the news about the new trek on Sunday (July 7) in honor of National Dive Bar Day.

Coming to a DIVE BAR near YOU!!! Announcing the #DiveBarTour, kicking off in CHICAGO on July 15! love, g

Little is known about the new tour so far. What we do know is that it will have Brooks performing in much smaller venues than fans are used to seeing him in. The smaller venues will likely give the country superstar a chance to deliver more intimate performances.

And since Brooks has the power to sell out multi-thousand-seat stadiums, we’re sure his Dive Bar Tour stops will sell out fast. So if you’re interested in catching him on the tour, you’ll want to be on high alert for when tickets go on sale.

As for where Brooks will be traveling, so far we only know the location of his first Dive Bar Tour stop. He will be performing in Chicago, Illinois, on July 15. Country radio is due to announce the name of the bar he’ll be playing at, and that news will be released some time on Monday (June 8). So stay tuned!

The tour carries the name of Brooks’ brand-new duet with Blake Shelton, “Dive Bar.” You can listen to Brooks talk about their collaboration in the video below.

We wouldn’t be surprised if Shelton made a surprise appearance at some point during Brooks’ new tour!