Garth Brooks And Kelly Clarkson Break Out Into Duet During Interview 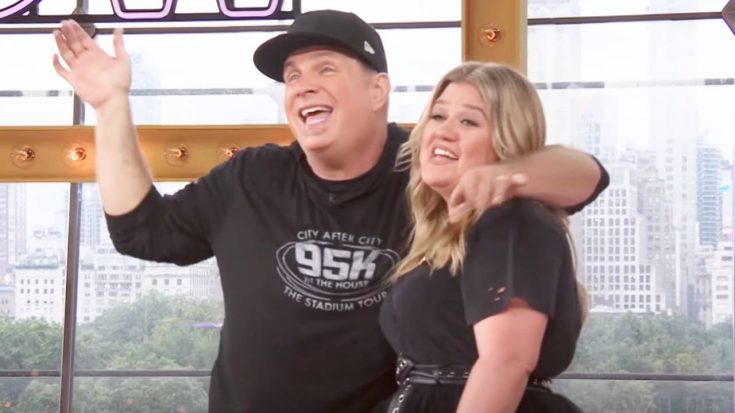 The fourth season of The Kelly Clarkson Show kicked off on Monday (Sep 12). Clarkson took the show on the road to New York City for the first week. She kicked off the season premiere with a medley of Willie Nelson, Madonna, Aretha Franklin, and Taylor Swift.

One of her guests was none other than Garth Brooks!

Brooks talked about his love for his wife, Trisha Yearwood, and described her as, “A guy that has all the great girl stuff!”

During part of the interview, Clarkson asked Brooks about singing the Billy Joel song “New York State Of Mind.” After asking for some volunteers, Brooks started singing – and even stood up!

Clarkson was so into watching him perform the song that she forgot to even sing with him until the very end!