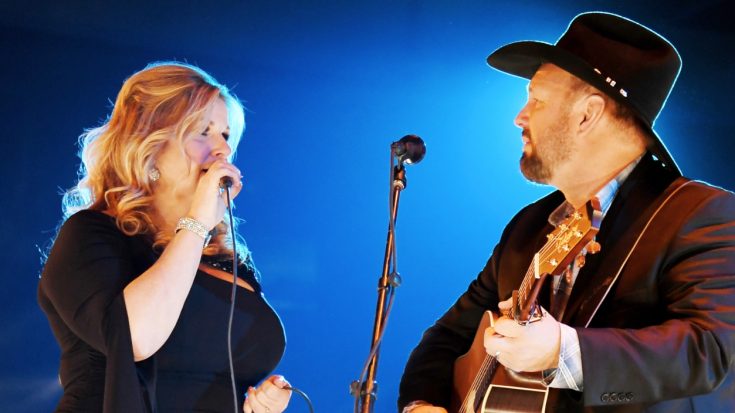 Dolly Parton may have led her own tribute to herself at the 61st Annual Grammy Awards on Feb 10, 2019, but two days before, she sat and enjoyed an event that was all about her!

The Recording Academy awarded her as the 2019 MusicCares Person of The Year! She became the very first country singer to be given the honor. According to their website, MusiCares is the Recording Academy’s non-profit organization that “provides a safety net of critical assistance for music people in times of need.”

The moment we've been waiting for! @dollyparton accepts our 2019 #MusiCares Person of the Year award. ♥️

At the MusiCares Person of the Year Gala, Parton was honored by her friends, peers, and admirer, who sang her hits including “Here You Come Again,” “Not Enough,” “Jolene,” “Do I Ever Cross Your Mind,”  “Islands In The Stream,” and “Old Flames (Can’t Hold A Candle To You).”

If you think that because Garth and Trisha are considered icons themselves, they aren’t nervous to sing in front of Dolly, you’re wrong!

“I’ll tell you how nerve-wracking it is,” Garth told Billboard‘s Chelsea Briggs on the red carpet before the performance. “They said to pick the song, I said, ‘Let’s do ‘Old Flames,” talked [Trisha] into doing it as a duet, I backed out of the duet, and now it’s all her doing it.”

And he was right! Trisha beautifully sang solo for most of the song, while he accompanied her on guitar, only joining her in harmony for the chorus.

In the video below, shot by Facebook user Brian Baumwoll, the married duo began the song on the far side of the stage, and slowly made their way to the other side, giving everyone in the audience a chance to have a good view of them while singing.

We can’t see Dolly’s face during this performance, but we can only imagine she was smiling through the entire thing, just like we were! Watch their duet below.

Trisha Yearwood and Garth Brooks do a beautiful rendition of “Old Flames Can’t Hold a Candle to You” pic.twitter.com/ZKFSkMGcoL