Full Of Christmas Cheer, Andy Griffith Sings “Away In A Manger” 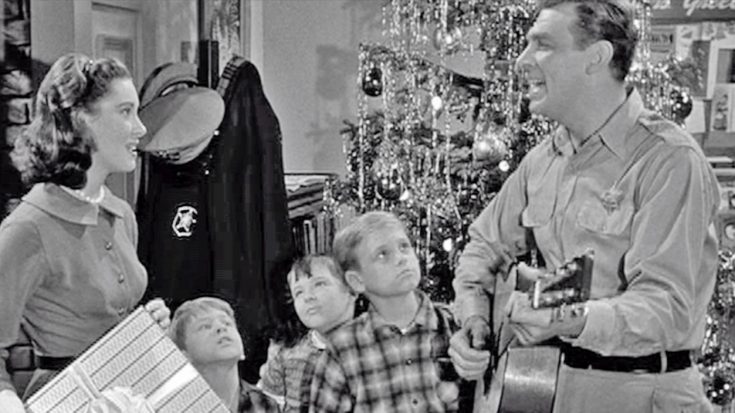 The Andy Griffith Show was home to some of TV history’s favorite episodes and stories. Airing its debut on CBS on October 3, 1960, the show would go on to have eight seasons with a total of 249 half-hour episodes. The storyline revolves around the life of Sheriff Andy Taylor, who is played by Andy Griffith. Throughout the series, several characters are introduced including many members from the town.

Posted by The Andy Griffith Show on Friday, November 10, 2017

One 1960 episode, “The Christmas Story,” showcased a holiday classic with an unforgettable story. It begins with Sheriff Taylor and his deputy, Barney Fife contemplating what to do with the prisoners on Christmas day. The pair comes to the conclusion that they can’t leave the prisoners unattended, resulting in sending them home so they too can spend Christmas with their families.

What was your favorite part of the Andy Griffith "Christmas Story" episode?

Posted by The Andy Griffith Show on Wednesday, November 14, 2012

Their holly-jolly spirit is interrupted when a local businessman, Ben Weaver insists that one moonshiner, Sam, should be locked up for illegally making his own.

When Sheriff Taylor is unable to convince the grumpy businessman otherwise, they come up with a different plan. The Sheriff “arrests” Sam’s wife and children on accessory charges so they can all spend the day together. Sheriff and deputy both move their Christmas celebrations to the jail so everyone can be together. From dinner to the Christmas tree, the family found a way to make it special.

The holiday special is full of memorable messages throughout the episode, including the scene where Sheriff Taylor and his girlfriend, Ellie sing “Away In A Manger.” As he plays his guitar, Ellie sings beautifully for the families as they get ready for dinner and pass out presents. The Christmas carol sets the mood for a graceful night as the families come together as one by the tree.

As the camera pans over, we see Weaver gazing through the window as he watches the families enjoying their holiday together. Feeling a sense of loneliness, he sings along through the barred view wishing he had someone to spend Christmas with too.

Even mean old Ben Weaver has a soft heart when it counts…there sure are lots of "lessons" shows around Christmas time. I watch Andy Griffith's "Christmas Story" every year…it still gets me. 🙂

Of course, as the holidays bring people together, even Weaver gets a happy ending in the episode.

Watch Andy and Ellie sing their own “Away In A Manger” during this Christmas classic episode.