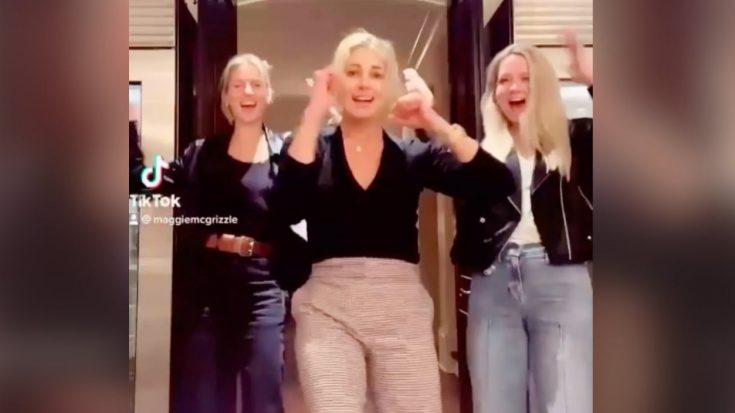 Faith Hill and her daughters always have a blast together!

Used to, Faith and Tim McGraw were hesitant to share many photos or videos of their daughters. But now that Gracie, Maggie, and Audrey are all adults, Tim and Faith are more willing to share videos and photos of them.

Back in August, 2020, Tim released a new album titled Here on Earth. His family hosted a mini album release party for him, and had a blast listening to all of his new songs.

Faith shared a series of clips from the party that show her dancing with her three daughters while listening to Tim’s “Hard to Stay Mad At.” Faith and the girls smiled and giggled as they danced without a care in the world.

It seems it’s a pretty common thing for Faith and her daughters to break out into a random dance party!

More recently, Tim shared a video of Faith dancing up a storm with middle daughter Maggie. They were also joined by Maggie’s friend Georgiana.

“These crazy girls around here!” Tim captioned the video, which shows Faith performing choreographed dance with her daughter and her friend.

At the end of the dance, Faith seemed to rejoice her successful completion of the dance by turning around in a celebratory spin. Tune in below to watch her pull of the routine with Maggie and Georgiana.

The McGraw house seems like a fun place to be, because everyone’s always dancing and having a good time!