Faith Hill Asks ‘Where Are You, Christmas?’ In 2000 Music Video 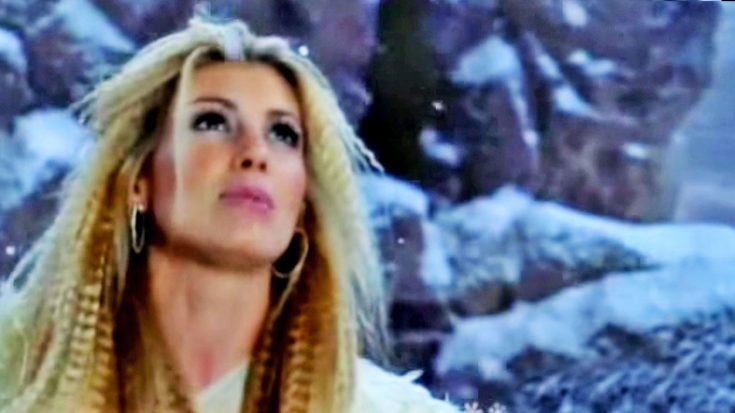 This unforgettable song from 2000 will bring the memories flooding back as you see one of country music’s most successful female vocalists dazzle in this stunning music video.

Written specifically for the feature film based on the book by Dr. Seuss, How The Grinch Stole Christmas, the song “Where Are You, Christmas?” has become a modern Christmas classic.

A new survey found that the most beloved Christmas show or movie is "How the Grinch Stole Christmas." Do you agree? What would be your top pick? | https://t.co/Ri6RE02syH pic.twitter.com/nGwzeKoaZh

Released as a single from the movie’s soundtrack, country queen Faith Hill doesn’t hold back on this truly beautiful song that reminds us all how luck we are each year.

One of the Top 10 best-selling Christmas singles, “Where Are You, Christmas?” became a chart-crossing super hit after the release of the movie and single.

It took over 8 hours for Jim Carrey to get into full makeup for ‘How The Grinch Stole Christmas.’ pic.twitter.com/21cl1PIRWJ

Written by Mariah Carey, Will Jennings, and James Horner, Hill was selected as the vocalist specifically by the writers and their choice was an excellent one!

Watch the full music video below as this country superstar goes seeking for Christmas during a very dark time in Whoville.