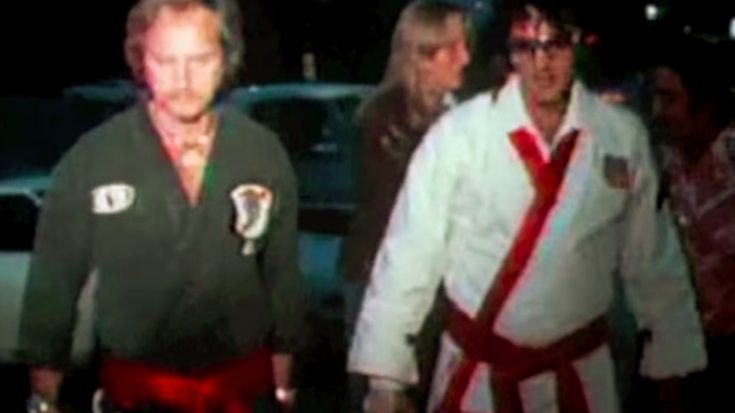 Anyone who knows anything about Elvis Presley knows that “The King” was an extremely private individual. Elvis only let a few people into his inner circle, and everyone else was shut out.

One person who was part of that inner circle was a man named Dave Hebler. For four years, Dave served as a bodyguard and karate instructor to Elvis until he was fired in 1976.

It was said that Dave and two other bodyguards were fired for cost saving reasons, but many believe the true reason for the firing was because the three men were displeased with Elvis’ increased drug use, and made that displeasure known.

In 1977, Dave and the other two bodyguards put together a memoir about their time with Elvis. Titled Elvis: What Happened, the guards claimed they penned the book to warn Elvis about his behavior.

A Second Book Comes Along

That warning came too late. Just two weeks after the memoir was released, Elvis passed away. In the years since his death, many of the claims the bodyguards made have been proven as true.

But the memoir wasn’t the end of what Dave Hebler has to say about his time with Elvis. Along with writer Michael Miller, the former bodyguard to “The King” penned a new book about his life with him, titled The Elvis Experience.

Released in 2018, the book takes on a slightly more lighthearted tone than Elvis: What Happened. It contains a wealth of personal stories about Elvis, including how he met Dave and came to hire him. Dave recently relayed that story during an interview with The Bradford Era.

As Dave detailed, one day Elvis stopped by his karate coach Ed Parker’s studio and joined in on a workout that was going on. He was partnered with Dave, who “hit it off so well” with Elvis that he asked him to join his security team as a bodyguard.

“I was astounded, number one,” Dave said about Elvis’ proposition. “Number two, I was delighted, of course. He could have had anybody in the world as his bodyguard and he chose me. That was pretty special, as far as I’m concerned.”

While the story of their meeting was the only one Dave explained in-depth, he also hinted toward some other personal stories fans can find in his book. These stories range from the tale of “the San Diego Chicken” to an interesting-sounding experience with a “kid with the watches.”

If you’d like more of an inside look into Dave’s life with Elvis, you can watch the two of them interact with each other in the clip below.