Elvis & Ginger Alden Got Engaged In His Master Bathroom At Graceland 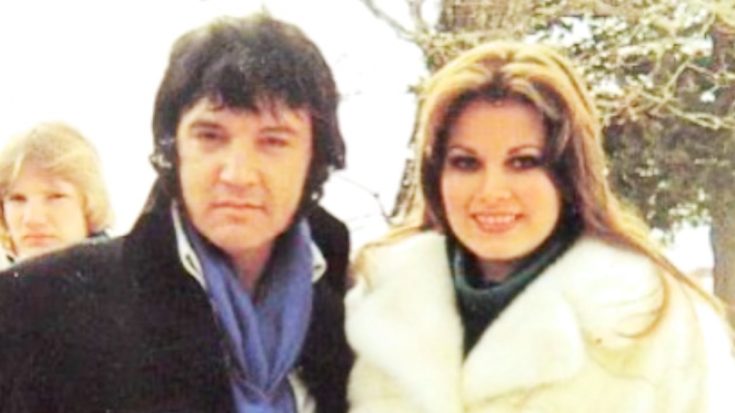 From his ex-wife Priscilla to his longtime girlfriend Linda Thompson, Elvis Presley had a number of beautiful women in his life. But it was Ginger Alden who served as his final close companion.

Elvis and Ginger’s relationship progressed rapidly. He proposed to her on January, 26 1977, not long after they became reacquainted in 1976. The two had met once prior, 20 years earlier when Ginger was only five years old.

In 2014, Ginger published a tell-all book about her relationship with Elvis, titled Elvis and Ginger: Elvis Presley’s Fiancée and Last Love Finally Tells Her Story. In the book, the fondly remembers the moment he asked her to marry him.

One of the most surprising details Ginger had to share in the book was in relation to her and Elvis’ engagement. Rather than whisk his love off on an elaborate vacation to ask for her hand in marriage, Elvis popped the question at Graceland…in his master bathroom.

While this may seem odd to some, Ginger didn’t think it was. She said Elvis loved the master bathroom more than any other room at Graceland, calling it, “his sanctuary.”

Ginger recalled how Elvis proposed, saying he sat her down in a chair “and said many beautiful words to me and asked me to marry him.”

She relayed what Elvis said:

“Ginger, I’ve been searching for love so long and never in my wildest dreams did I ever think I would find it in my own backyard. I’ve been sixty percent happy and forty percent happy, but never a hundred percent. I’ve loved before but I’ve never been in love. Ginger, I’m asking you: Will you marry me?“

She also described the proposal in a 2019 interview with Elvis Australia. She said Elvis presented her ring in a green velvet box:

“I was so happy as he presented a green velvet box, opened it and placed a very large and beautiful diamond ring on my finger,” she said. “My hand was shaking as we kissed and stepped out of the bathroom into his bedroom.”

As the title of Ginger’s book says, she ended up being Elvis’ “Last Love,” and was one of the people who was closest to him during his final days.

Today, Ginger continues to share stories about Elvis in an effort to help keep his legacy alive. Watch one of her more recent interviews about him below.