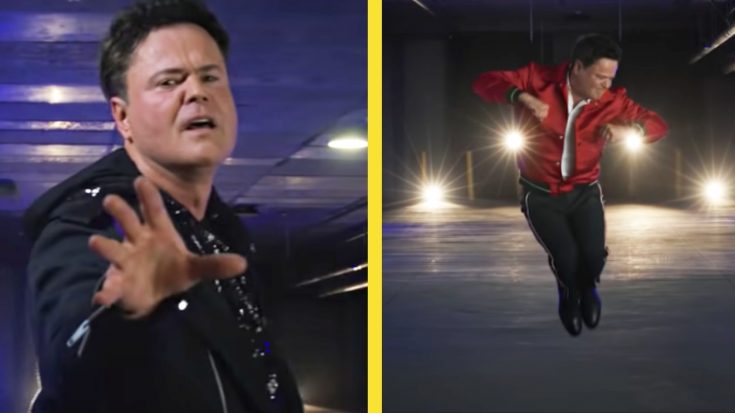 Donny Osmond released a new music video that proved he is still on the top of his game.

Osmond might be 63, but age did not stop the singer from delivering effortless dance moves and style. In the performer’s new video for the song “Who,” Osmond provided flawless vocals and three different style choices that represented different versions of himself from his career.

“Who” is a precursor to the singer’s anticipated new collection of works, which will be Osmond’s 65th release as an artist. The song is also a tribute piece recognizing the six decades that Osmond has spent in the entertainment industry.

Along with a versatile new album slated to feature star power like NE-YO and Charlie Wilson, Osmond is also preparing to launch his first solo Las Vegas residency. On Instagram, the singer expressed his excitement about the residency’s fast-approaching opening night. Osmond’s Vegas shows begin in August 2021, and tickets are now available.

Osmond is not slowing down anytime soon! For more on the star’s incredible age-defying dance moves, check out the official “Who” music video in the clip below.