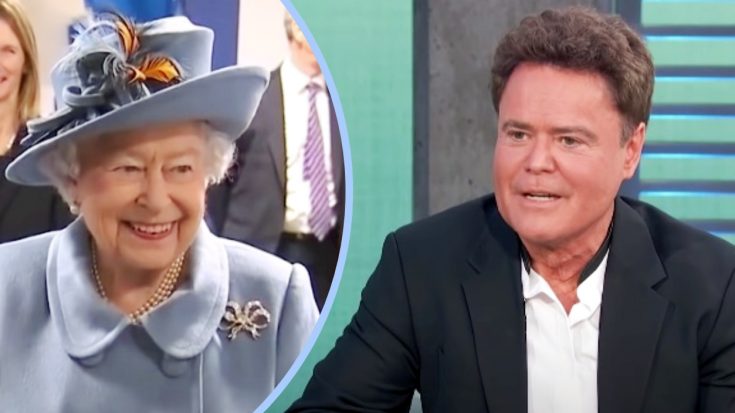 Queen Elizabeth II passed away on Thursday (September 8) at the age of 96. Because she was on the throne for 70 years, the Queen met many world leaders and major celebrities over the course of her lifetime.

Numerous singers paid tribute to the Queen after learning about her passing, including Mick Jagger, Paul McCartney, Elton John, and Ozzy Osbourne.

Donny Osmond was another singer who remembered the Queen in a touching tribute. He had the honor of performing for her four times throughout his life, and also had “the great privilege” of meeting her.

Alongside a photo of him greeting the Queen, Donny wrote:

“I have had the honor of not only performing on stage for Her Majesty The Queen at least four times in my life, but also the great privilege of meeting her as well. I am so deeply saddened by the news. My thoughts are with her family and with everyone around the world during this difficult time. May she rest in peace.”

Donny’s younger sister, Marie, also remembered the Queen in a post of her own. She shared a collage of photos showing the Queen throughout her life and also posted a picture of the Queen with some of her beloved corgis:

“I send my heartfelt condolences to the Royal Family on the passing of Queen Elizabeth II,” Marie said. “She was the longest reigning Monarch and Matriarch of the United Kingdom. Queen Elizabeth was a beacon of strength, faith, and grace to all and will be greatly missed.”

You can read Marie’s tribute to Queen Elizabeth II below. Our hearts and prayers go out to the Royal Family during this sad time.