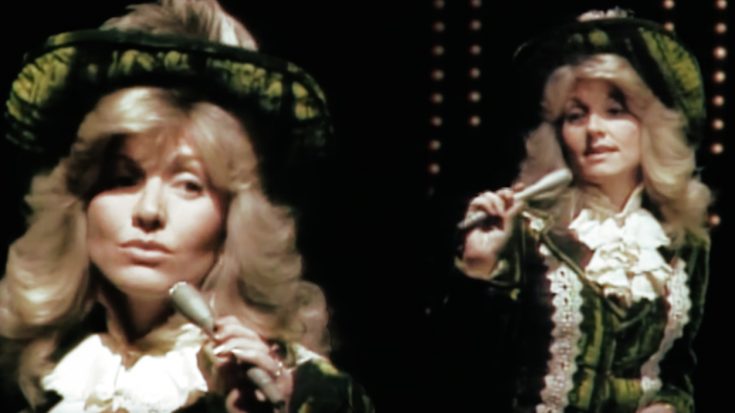 The younger sister of country legend Dolly Parton didn’t hold anything back when she pointed a finger at a cheating husband – and caught him in a series of ten standard lies.

Stella Parton scored a series of hits throughout the late 1970s and early 80s. One of them was her unforgettable tune about a country gal’s broken heart – and a cheating husband who thinks he’s got her fooled.

Hello from my bus window in 1977! #throwbackthursday #stellaparton #classiccountry #nashville

This 1977 hit single, named after it’s unforgettable chorus line “Standard Lie Number One,” delivers a one-two punch to the listener and takes them on a journey through the age-old “cheated-on” scenario but has a twist.

Sounding eerily similar to big sister Dolly, Stella walked out into the spotlight for a feature on Marty Robbins’ beloved variety show and sang her woes of a cheating husband to the crowd.

“But he comes home after midnight when he’s got his cheatin’ done / And he whispers that he loves me / Standard lie number one.”

No news is good news…unless they have your name spelled correctly! #TBT | LA | 1978

The wife in her story has gotten her husband’s assortment of lies all figured out and even has numbered them, but the twist comes when she reveals that the most hurtful of lies are the ones she tells herself.

“Those lies are his favorites / They’re the ones he likes to tell / But there’s a different set of numbers for the ones I tell myself / But my lies hurt me so much more than his old stories do / ‘Cause I know his are lies, but I pretend that mine are true…”

Spandex, hats & frilly gloves – those were the days! …and no, this isn't a Harper Valley PTA meeting in the 80's, just backstage at a Stella Parton concert! lol #TBT #stellaparton #countrymusic

She then goes into a list of her own standard lies she tells herself and reveals why she’s still involved in this toxic relationship.

Watch this unforgettable performance from one of our favorite country singers below!