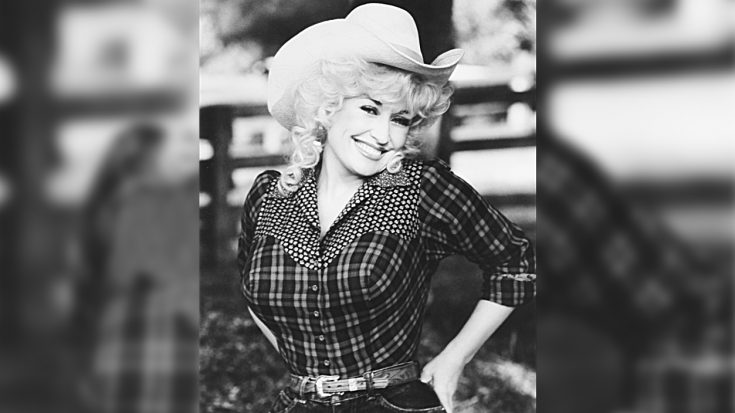 Dolly Parton revealed the secrets to keeping her long-lasting marriage strong in a interview with People Magazine.

18-year-old Dolly Parton met her mysterious husband, Carl Dean, when she first moved to Nashville. The two have been married for over 50 years now.

In 1976, Dolly did an interview with The New York Times when she shared her first encounter with Dean.

She revealed that it was her first day in Nashville, and she was staying with her Uncle Bill, who had just recently moved there. Dolly was at the Laundromat, and because she was in such a hurry to get to Nashville, she only came with dirty clothes.  Just after she placed her clothes in the washing machine, Dolly started walking down the street and exploring her new surroundings. A guy hollered at her, so she waved, he came over to her, and they started talking. That guy was her now-husband, Carl.

During the interview with People Magazine she was asked if they still have date nights, to which she replied:

“We do! My husband and I, we’ve been together 56 years. We still have our little times, like in the springtime when the first yellow daffodils come out. Even if there’s still some snow around it, my husband always brings me a bouquet. And he’ll usually write me a little poem. Which to me, that’s priceless. That’s like a date in itself.”

One of their very first dates, Carl took Dolly out to McDonald’s to grab a bite to eat.

Dolly revealed nowadays she does the cooking for their special nights and shared how they enjoy the simple things in life.

She shared that she cooks meals she knows they both love and packs it up in a picnic basket, drives down in their little camper somewhere by a riverbank, and has a picnic. Sometimes they pull up to a Days Inn motel and get a room as long as “the bed’s clean and there’s a bathroom” or they’ll have a candlelight dinner where she puts out real cloth napkins and real crystal instead of the paper plates they usually use.

“We just do our little things like that… We don’t make an issue of it. It’s like certain days, you feel a certain way. And I’ll say, ‘I’m going to surprise him.'”

Dolly shared that being comfortable in her own skin is sexy, and she believes her passion for everything she does has “great sex appeal.” She feels as though people are drawn to the passion “because it’s a magic and an energy” and she admits that she has “always been a great lover” because of it.

“You may not want to dress or look like me, you can take from that to be yourself… I just feel my sensuality, my sexuality, my passion, and I don’t have to apologize for any of that,” she says. “I’ve never been offensive in any way, never tried to be. Or I’ve never tried to be anything other than just what I am.”

The couple secretly eloped on May 30, 1966, with only her mother, the preacher, and the preacher’s wife in attendance.  Dolly kept her marriage to Dean a secret for some time, due to her record label requesting that she wait a year to get married, after investing a lot of money into building her career.

Dolly Parton and Carl Dean eloped in 1966, and Dean has kept a low profile ever since.

Dolly definitely knows how to keep that fire burning!