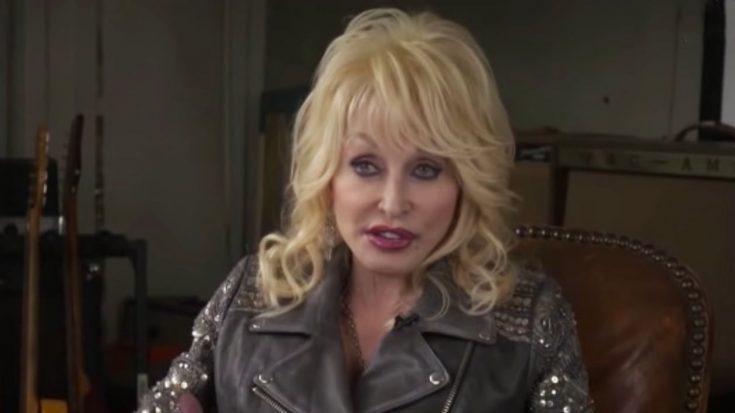 Dolly Parton and her husband, Carl Dean, have been married for over 50 years. But during those years, fans have only gotten the chance to see a few pictures of the country legend’s other half.

Even though Dolly is arguably one of the most famous people there is, her husband wants nothing to do with the celebrity world. When Dolly tours, goes to awards shows, or flies around the country for TV interviews, Carl stays at home and enjoys his life out of the spotlight.

But because Carl is so reclusive, some people have speculated that he doesn’t exist and that Dolly isn’t actually married at all!

Dolly addressed this notion during an interview with ET.

“A lot of people have thought that [Carl isn’t real] through the years, because he does not want to be in the spotlight at all,” Dolly said.

Dolly went on to explain why people have never seen much of Carl, saying his personality doesn’t jive with all the pressure that comes with being in the public eye. “It’s just not who he is,” she said. “He’s like, a quiet, reserved person and he figured if he ever got out there in that, he’d never get a minute’s peace and he’s right about that.”

Even though Dolly enjoys her career, she understands why Carl doesn’t want to be involved in the celebrity world:

“I’ve always respected and appreciated that in him and I’ve always tried to keep him out of the limelight as much as I can,” she said. “He said, ‘I didn’t choose this world, I chose you, and you chose that world. But we can keep our lives separate and together.’ And we do and we have.”

Earlier in 2020, Dolly had a conversation with young country singer and American Idol alum Gabby Barrett. Gabby, who is married to Cade Foehner, was pregnant with their daughter at the time.

While speaking with Gabby, Dolly said she and Carl “never fight” and offered Gabby some marriage advice. You can watch part of their conversation below.

Clearly Dolly knows what she’s talking about, since she and Carl have been together for over five decades!