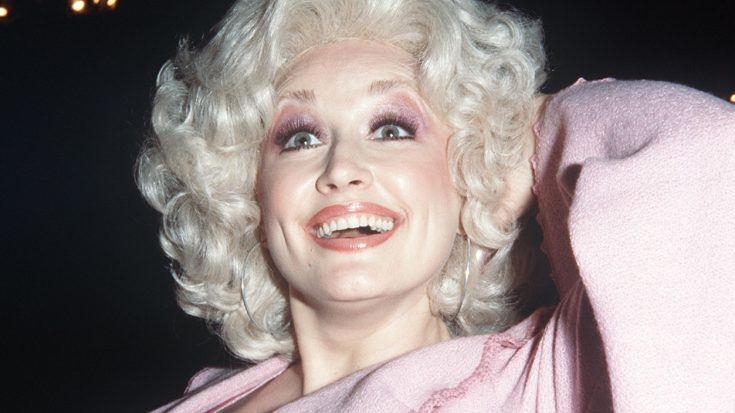 As one of the most famous and well-known country legends, Dolly Parton‘s entire life has been in the spotlight for decades – but she’s worked incredibly hard to keep her husband out of it. Except for this one instance.

Beginning a career in country music meant that she had the possibility of becoming a world-famous icon and highly-desirable performer. This also meant that her private life could become very public. And it did.

Parton and her ultra-reclusive husband, Carl Dean, have been married for more than 50 years…but the public has seen very little of him in such a large span of time. However, there was a point in time where she actually used him to help promote an album…and secretly released a photo of him as part of the process.

Way back in 1969, Parton was working hard on her fourth studio album, My Blue Ridge Mountain Boy. Partnered with RCA Nashville, she really broke the mold of country music and filled the record with some hard-hitting songs. Much of the album’s content was deep and wasn’t something she moved forward with. Topics like death, suicide, prostitution, pain, failure, anger, regret and suffering all took shape on this album.

It's 52 years of marriage for @DollyParton and Carl Dean! Tweet 'em lots of ❤️ today, y'all. pic.twitter.com/3RJCGHLF7C

Although the public was mostly focused on the songs of the album, it was actually the cover that had a secret to tell.

Laying down on a sofa and staring off into the distance, a small tear rolling down her cheek – the cover depicts young Dolly dreaming of her Blue Ridge Mountain boy. He’s shown sitting atop a fallen tree, decked out in plaid. Unknown to millions for decades – this was one of the public’s first glimpses of her husband.

Years after the album’s release, Parton revealed the truth about the man in the photo – admitting that it was in fact, her husband. While this is one of just a handful of public photos that show both partners, it’s clear that their marriage is one built to last!

Check out the full album artwork below and let us know what you think!