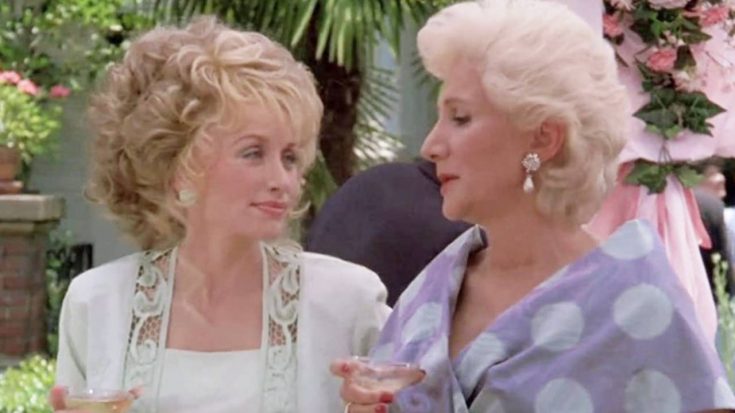 On the morning of Saturday, May 1, Apollo Dukakis made a heartbreaking announcement on Facebook.

“My beloved sister, Olympia Dukakis, passed away this morning in New York City,” he wrote. “After many months of failing health she is finally at peace and with her Louis.”

“Her Louis,” who Apollo referred to in his Facebook post, was actor Louis Zorich, Olympia’s husband of 56 years, who passed away in 2018. They had three children together, Christina, Stefan, and Peter.

Olympia began acting on the stage and had a decades-long career, but she is best known for her role in 1987’s Moonstruck. She played Rose Castorini, the nosy mother of Loretta, played by Cher. They both took home Academy Awards for their roles.

Upon hearing of her passing, Cheer took to Twitter to mourn her co-star and friend.

Olympia Dukakis Was an Amazing,Academy Award Winning Actress.Olympia Played My Mom In Moonstruck,& Even Though Her Part was
That Of a Suffering Wife, We?ALL The Time.She Would Tell Me How MUCH She Loved Louis,Her”Handsome Talented,Husband”.I Talked To Her 3Wks Ago. Rip Dear One pic.twitter.com/RcCZaeKFmz

In 1989, she starred in Steel Magnolias alongside Sally Field, Dolly Parton, Darryl Hannah, Shirley MacLaine, and Julia Roberts, playing Clairee Belcher, the former mayor’s cheerful, witty, and feisty widow. Her character was known for her one-liners including, “Well, you know what they say: if you don’t have anything nice to say about anybody, come sit by me.”

Dukakis’ co-star Dolly Parton provided an official statement to The Today Show and said, “I was so sorry to hear that Olympia Dukakis had passed away. She has been one of my favorite people that I have ever known or worked with. I really got very close to her and felt like we were good friends. Even though I didn’t get to see her much, I thought of her often and knew that she was such a quality human being. She will be missed by her fans, her family, and those of us that were lucky enough to get to know her personally.”

She was such a joy to watch and we bet she was an even better person. Our thoughts and prayers are with her family and friends.