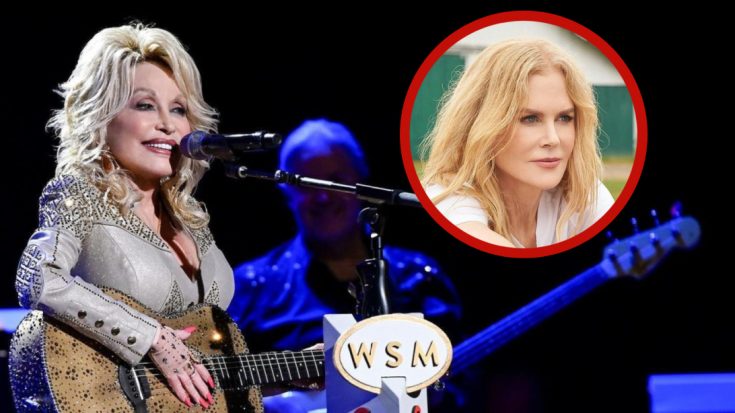 Dolly Parton is one of the most versatile and multi-talented artists in country music. The “Coat of Many Colors” singer recently added two new partnerships to her resume with the creation of her own line of cake mixes and frostings with Duncan Hines and a book co-written with best-selling author James Patterson.

In an interview with Good Morning America to promote her new baking collection and book, Dolly was asked which artist she would most like to sing a duet and bake with. She replied that she’d love to team up with “any of the good-lookin’ ones” before specifying that she’s a huge fan Keith Urban.

“I love Keith Urban. I’ve always thought that he was one of the most talented and cutest guys in the world,” Dolly said before adding that she wasn’t trying to “hit on him.” The 76-year-old legend joked that nobody could beat Keith’s real-life wife because “she’s Jolene.”

“I’m not trying to hit on him, ’cause he’s got Nicole [Kidman] and who could beat that, she’s Jolene,” Dolly joked, referencing her 1973 hit song “Jolene.” The song tells the story of Parton confronting a beautiful woman with that name who was after her husband. Dolly has shared that the song was inspired by a bank clerk who flirted with her husband when they were newly married.

Dolly continued with her praise of Keith Urban, saying: “I love his writing. I just think he’s dear. So I’d be happy to make a big ol’ cake for him and spend all afternoon singing songs.”

Watch a clip of Dolly’s interview with Good Morning America below.