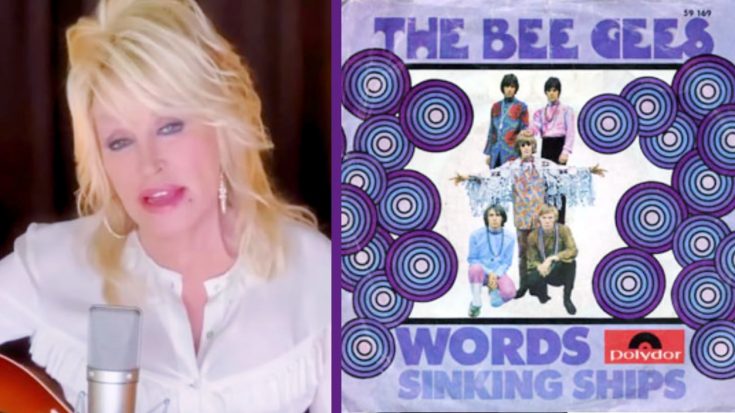 Barry Gibb is the last surviving member of the music group, the Bee Gees. The group was comprised of Barry and his brothers, Maurice and Robin.

Together, the Bee Gees created unforgettable songs such as “How Deep Is Your Love,” “To Love Somebody,” and “Holiday.”

Maurice passed away in 2003 and Robin died in 2012. Now, Barry is the only one left to carry on their family legacy, and he’s doing so through a new project.

Barry released a new record in 2021 titled Greenfields: The Gibb Brothers Songbook, Vol. 1. The album contains reimagined versions of some of the Gibbs’ most iconic songs.

Country and Americana artists such as Miranda Lambert, Keith Urban, and Sheryl Crow contributed to the project. Jason Isbell was given the honor of helping Barry record a previously unreleased song titled “Words of a Fool.”

Barry released that song early to give fans a preview of the new album.

Once the album’s release week arrived, Barry wanted to share another one of its collaborations. He teamed with country superstar Dolly Parton to reinvent the Bee Gees’ megahit from 1968, “Words.”

Dolly posted about the collaboration on social media:

“I was honored when my dear friend @officialbarrygibb asked me to join him for a special version of ‘Words’ on his new album,” she said.

Barry released a “visualizer” video to accompany his and Dolly’s new duet version of “Words.” Check out that clip and enjoy their duet below.