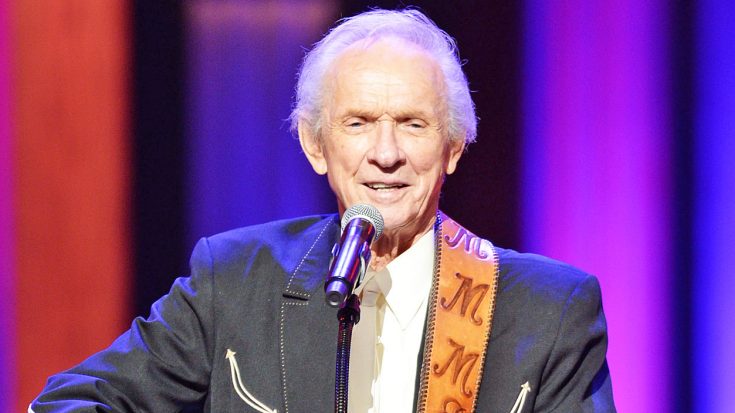 For decades, Mel Tillis was one of the brightest stars in the country music scene. In addition to scoring numerous hit singles as a singer, Mel was also an accomplished songwriter. His immense contributions to the music industry were recognized in 2012, when President Barack Obama presented him with the National Medal of Arts.

In 2007, Mel was invited to join the Grand Ole Opry by his daughter, Pam, who is a country singer herself. That same year, it was announced that Mel would also be inducted into the Country Music Hall of Fame alongside Ralph Emery and Vince Gill.

During the later phase of his career, Mel remained active as a songwriter, recorder, and performer. His final studio album, You Ain’t Gonna Believe This, was released in 2010.

But in 2016, Mel was forced to put everything on hold when he became ill. We later learned that he had been dealing with intestinal issues during that time. Sadly, Mel never recovered, and he passed away on November 19, 2017.

The country music community went into mourning following Mel’s death. Fans and artists flooded social media with grief-filled notes and prayers for Mel’s family. Pam thanked everyone for all of their kind thoughts during such a difficult time, writing, “I am awed and humbled by his legacy and the out pouring of love and support we are receiving.”

I am having to process and deal with family matters, we are so grief stricken, please keep us in your prayers, we will…

Mel was laid to rest during a private burial that followed his funeral on November 27. The funeral was held at the Mt. Hermon Baptist Church in Clarksville, Tennessee.

Now, the Tillis family is giving fans the chance to honor Mel’s life and legacy through a public memorial service. The family announced details about the service through a press release, which revealed that it will take place on January 31 at 10 AM at the Ryman Auditorium in Nashville. The service is free and will be open to all to attend.

In addition to naming the date and location, the Tillis family also announced a lineup of artists that will perform during the service. This lineup includes a number of noteworthy names, including Jamey Johnson, Alison Krauss, Lorrie Morgan, Ray Stevens, and more. Three of Mel’s children, Pam, Carrie, and Sonny, are also scheduled to perform.

With a lineup like that, there’s no doubt that Mel’s memorial will be full of high-quality performances delivered in his honor. He is certainly deserving of such recognition.