Country Singer Jimmie Rodgers Was Once Mistaken As Half Man, Half Beast 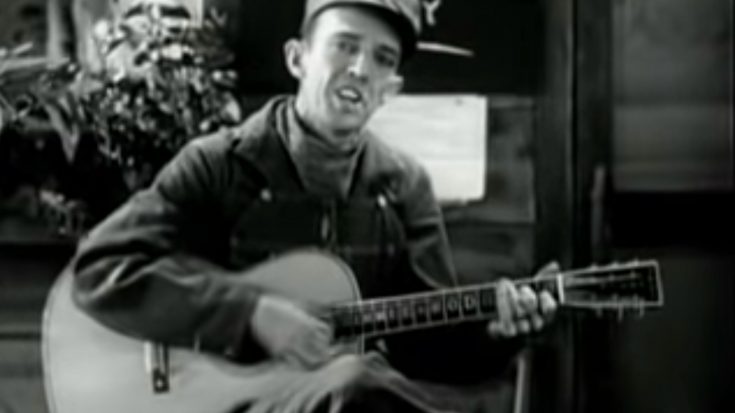 September 15, 1950 Hugh Tracey traveled to Kenya and recorded 34 songs performed by the Kipsigi People. 64 years later, The Singing Wells Project returned to Kenya to play the recordings for the original singers. One of them being “Chemirocha…”

“This is no ordinary creature…”

The Kipsigi tribe had at one point gotten their hands on a recording of Jimmie Rodgers – whose name they pronounced, “Chemirocha.” According to the ethnomusicologist, Hugh Tracey, they loved Rodgers and were in awe of his ability to sing and yodel like a goat. And thus, the legendary folklore evolved and “Chemirocha” became a part man, part deity, and part antelope.

While many of the children who first sang in the Hugh Tracey recording have passed on, their music had been passed down to their children. The 1950’s chief’s son, Josiah Kimutai Arap who has worked to preserve his tribe’s history is one of those children.

Additionally, he explained that when colonists asked them to close their eyes to pray – the people of the tribe came up with mythical stories of what the men were up to when their eyes were closed.

Even something like getting blood drawn at the hospital contributed to the speculations of the half man, half beast as the legend goes – they would drink the blood and were man-eaters.

“None of them had ever known they were even recorded, to begin with…”

After Hugh Tracey passed away, his son took over the International Library of African Music (ILAM) – the compilation of his recordings throughout Africa. Following his retirement, a woman by the name of Diane Thram stepped up to the plate and realized something – most of the singers on the recordings didn’t even know they existed. She set out to return the music to its people saying, “I remember having this realization one day, that now that we know what we have, it’s time to give it back.”

“‘Welcome to Chemirocha’ is inviting him to come dance with them…”

With the help of translator Kiplagat Kwambai and other members of the Kipsigi tribe, the lyrics were loosely translated to reveal a song of invitation and dance. One such lyric literally translated to asking Chemirocha to join the people in dance and “dance until your pants fall off.”

For many of the Kipsigi people, hearing these recordings brought them closer to their loved ones who had passed away. The moment they heard those familiar voices, there were smiles all around and they broke out in a celebratory dance.

And while Jimmie Rodgers might not have been the half man-half beast that is sung about in “Chemirocha,” one thing is for sure – music is the fabric of life that can weave together generations to come.

You can watch all of the interviews in the video below and be sure to let us know what you think in the comments.