Clint Eastwood Saved The Life Of A Co-Star While Shooting ‘The Good, The Bad, And The Ugly’ 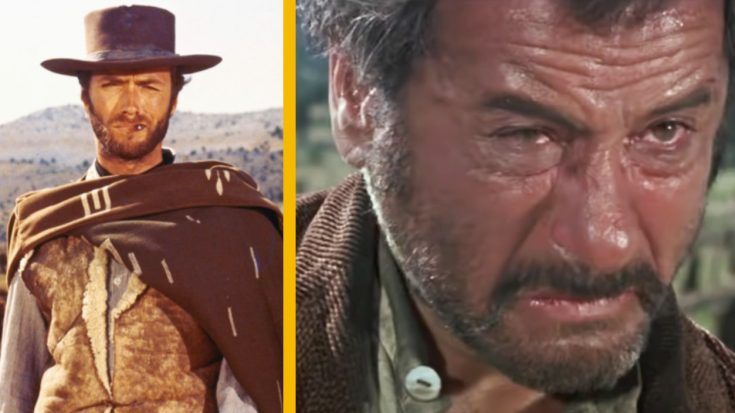 In films, Clint Eastwood has portrayed many heroes, but the actor also once saved a co-star’s life.

While shooting the movie, The Good, The Bad, and The Ugly, Eastwood saved Eli Wallach’s life during a risky stunt. Fortunately for Wallach, Eastwood knew that their director had a reputation for disregarding safety measures on set, and he quickly took control of the situation.

In the movie, Eastwood and Wallach’s characters blow up a bridge to separate Confederate and Union armies. The explosion causes the characters to be buried in gold that is hidden in a nearby cemetery. Eastwood realized that the stunt was very dangerous in real life and urged Wallach to follow him to a hilltop where the actors would be able to watch from a safe distance.

‘The Good, the Bad and the Ugly’ (1966) is Sergio Leone’s superb epic western. It features excellent performances throughout, an engaging script with just the right balance between tense and humorous moments, as well as an outstanding Ennio Morricone score. #movies #film pic.twitter.com/HjYEy6QqtW

There was a misunderstanding amongst the production, and the bridge blew earlier than anticipated. If not for Eastwood’s quick thinking, both actors would have been killed.

Relive Eastwood and Wallach’s onscreen relationship in the video below!