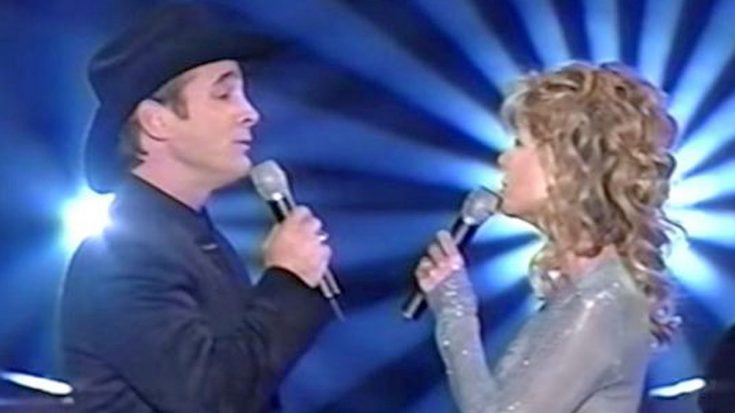 My #Valentine and me on the cover of People.com almost a year after saying “I do!” Don’t forget to send in your wedding…

The couple met a year prior when Lisa and her mother attended Clint’s New Year’s Eve concert in Houston, TX. Lisa was blown away by the performance, and went backstage after the show to meet Clint. He was dazzled by her beauty, and there was an instant connection between the two.

Lisa still gets to me, and our new song does too! Watch our music video for “You Still Get To Me”! #MusicMonday vevo.ly/PknV3H

Although they were both busy in the beginning of their relationship, Clint with his music career and Lisa with her acting career, the two couldn’t deny the chemistry, and Clint proposed.

And the rest was history!

Just a short year later, the couple said ‘I do’ on Clint’s Houston farm in front of a small group of family members. Eight years after they wed, Clint and Lisa released the most romantic of duets, “When I Said I Do“.

Clint wrote the song for his bride, and the two released the romantic ballad in 1999 as the first single from Clint’s D’lectrified. “When I Said I Do” was a huge hit, and reached #1 on the country chart while also peaking at #31 on the pop chart.

At the ACM Awards in 2000, Clint and Lisa won Vocal Event of the Year with the romantic ballad. To celebrate their success, the two gave a stunning performance of “When I Said I Do.”

Dolly Parton introduced the performance with a sweet speech about true love. She said,

Our next two performers could be the poster children for a happy marriage. Clint Black wrote a romantic ballad for his new album, celebrating his marriage to Lisa Hartman, and of course, they won tonight…. So here to sing, ‘When I Said I Do’ are the two people that said that to each other and evidently, they meant it!

The performance was more romantic than ever. Clint and Lisa looked into each other’s eyes and sang the romantic lyrics as if was as if they were the only two in the room.

Now this is true love!