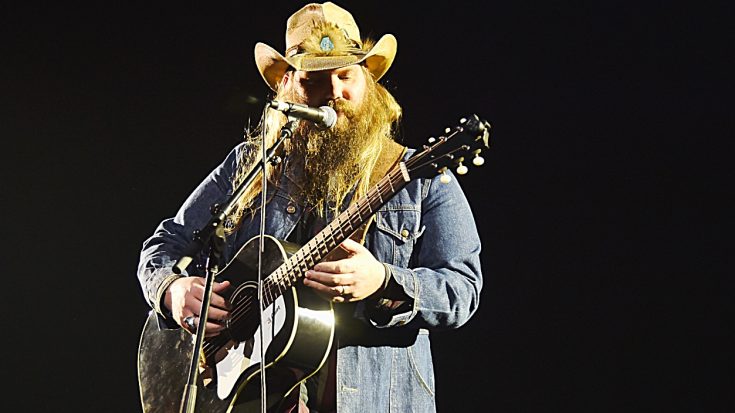 Following his iconic CMA performance in November 2015, Chris Stapleton proved that he is a force to be reckoned with in country music. Although he has been active in the industry for years, particularly as a songwriter, he now has a large fan base.

This guy is just too good. https://t.co/FIUTV6os38

With Stapleton’s increased popularity, people are starting to discover some of his older material and covers of classic country songs. One cover in particular has generated a lot of attention on YouTube since Stapleton’s CMA performance.

That would be his 2014 cover recording of Johnny Cash‘s, “Folsom Prison Blues.”

“Folsom Prison Blues” was written and recorded in 1955 by Cash himself. The song was featured as the 11th track on his debut album, With His Hot and Blue Guitar, and although it is considered to be one of his signature songs, it didn’t become a chart hit until 13 years after its release.

In 1968, Cash re-released “Folsom Prison Blues” as a live recording, which he actually recorded at Folsom Prison. The new recording was included on his album At Folsom Prison, and was released as a single yet again.

This time, the song claimed the top spot on the Billboard Hot Country Singles chart and was also a number one hit in Canada.

Over the years, many other country singers have recorded their own renditions of Cash’s classic hit, including Merle Haggard, Waylon Jennings, and Brooks & Dunn.

Stapleton Puts His Own Spin On Things

Now, Stapleton can add his name to the list of other country greats who have put their own spin on “Folsom Prison Blues.” In Stapleton’s case, he gives the tune his signature, soulful sound.

The result is a slightly more upbeat and fun-sounding tune than Cash’s original, which had a hint of darkness to it. His version of the song also features his talented wife, Morgane, who sings background vocals and the last few lines.

alright nashville. when you gonna nominate morgane stapleton for female vocalist of the year? i mean damn

You can listen to Stapleton’s performance of “Folsom Prison Blues” below.

We think Cash would be extremely proud of Stapleton and his performance!