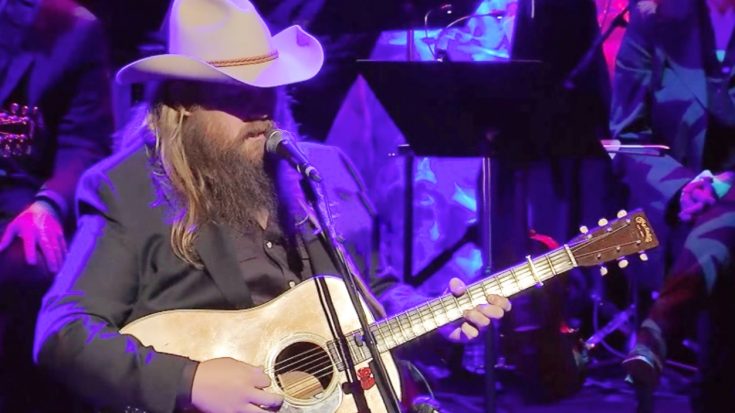 Skaggs Honored With Performances At HOF

On October 21,  2018, Johnny Gimble, Dottie West, and Ricky Skaggs were officially inducted into the Country Music Hall of Fame. The three were recognized during a special medallion ceremony, which featured a number of performances in their honor.

As the only living inductee in the 2018 class, Skaggs also took to the stage to perform.

In a remarkable moment, he was given his friend Bill Monroe‘s mandolin (which had never been removed from its museum exhibit since being placed there), and played alongside Garth Brooks.

For the first time in Museum history, Bill Monroe's Gibson F-5 mandolin was removed from behind museum glass and handed to newly inducted CMHOF member Ricky Skaggs to play. Skaggs first played the same mandolin when he was 6 years old. #HonorThyMusic

Posted by Country Music Hall of Fame and Museum on Tuesday, October 23, 2018

Brooks later reflected on that moment in his weekly Inside Studio G Facebook Live session. He described how stunned he was when a man wearing white gloves came walking out on stage with Monroe’s mandolin.

When the mandolin was handed to Skaggs and everyone realized what was going on, that’s when the emotions hit. As Brooks said, he was left standing there “bawling like a baby” at the sight of Skaggs holding Monroe’s mandolin in his hands.

From the way Brooks describes the night (starting at the 5:45 mark in the clip below), it seems like it was a magical one.

All About The “Awesome” Stapleton Performance

In the above clip, you hear Brooks mention that he wasn’t the only one who performed in Skaggs’ honor. Dierks Bentley also performed, as did Chris Stapleton.

Stapleton’s performance was buzzed about long before a video of it ever went public. Even Brooks described it as “awesome.”

Finally, a video was released of Stapleton performing at the Country Music Hall of Fame. He sang the classic song  “Darkest Hour Is Just Before Dawn,” which was written by bluegrass icon Ralph Stanley.

The song is one that Skaggs has visited multiple times before. You may best know the rendition that appeared on his 1999 album Soldier of the Cross, but he actually recorded the song years before that.

He first recorded the classic bluegrass song as a duet with Emmylou Harris. It was featured on Harris’ 1980 album Roses in the Snow, which also contained her rendition of the popular gospel song “Wayfaring Stranger.”

The Country Music Hall of Fame found the perfect person to perform the “Darkest Hour” in Stapleton. As you listen to him sing this longstanding country classic, you’ll be left asking yourself how it’s even possible for someone to sing the song that well.

With nothing but the sound of his own acoustic guitar to back him up, Stapleton poured his soul into every word of the song. His voice rang throughout the room in powerful bursts, and at other times reached a near whisper. The latter moments were ones that surely gave everyone watching the chills.

Now you can witness Stapleton singing the “Darkest Hour” by watching the clip below. Just this one performance proves that he has what it takes to be a future Hall of Fame inductee himself!

Trisha Yearwood Posts On Social Media For 1st Time Since…