Chris Stapleton Debuts Rendition Of Metallica’s “Nothing Else Matters” 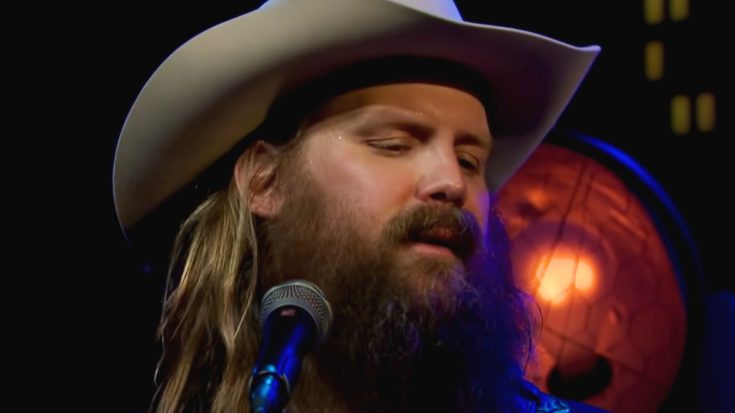 Chris Stapleton just debuted his rendition of Metallica’s 1992 single “Nothing Else Matters,” and it is a must-hear performance.

The country singer recorded his version of the song to appear on The Metallica Blacklist, which honors the band’s 30th anniversary and reissue of their self-titled album, sometimes referred to as The Black Album.

Stapleton’s version of the song intertwines his country and soulful roots with a heavy-metal flare. The eight-minute rendition focuses on the song’s groove with less emphasis on the thunderous bite of the initial release. While Stapleton brings a different style, his musical liberties do not remove the original track’s depth.

Other country music and Americana artists have contributed to versions from the iconic Black Album, including Darius Rucker, Jason Isbell, Mickey Guyton, and Jon Pardi. Several other artists have covered “Nothing Else Matters,” including a group production featuring Miley Cyrus, Elton John, WATT, Robert Trujilo, Yo-Yo-Ma, and Chad Smith.

The Metallica Blacklist is expected to debut on September 10. The release will also include a deluxe version of The Black Album. Fans can look forward to remastered original tracks, demos, live performances, and even content from rehearsals.

Listen to Stapleton’s version of “Nothing Else Matters” in the video below.