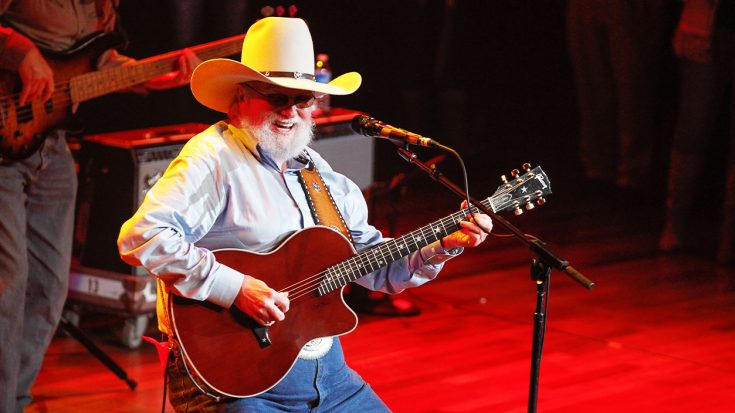 Country music and southern rock legend Charlie Daniels passed away July 6, 2020, after suffering a hemorrhagic stroke. The 83-year-old fiddle player was a member of the Country Music Hall of Fame and was most famous for his song, “The Devil Went Down to Georgia,” which he recorded with Bob Dylan back in 1979.

Daniels was introduced into the Nashville music scene as a session player in the late 1960s and early ’70s, playing guitar, bass, fiddle, and banjo on recordings by Bob Dylan, Ringo Starr and Leonard Cohen. He also had success as an album producer during that time.

The biggest success of his career came as the leader of the Charlie Daniels Band which was established in 1974. Daniels assembled together a country-rock ensemble that featured Roy Acuff, Stevie Ray Vaughn, James Brown, and the Marshall Tucker Band.

Throughout his career, Daniels used his fame as a platform to support the military, underprivileged children, and others in need. A true patriot, he spent much of his career traveling overseas to play for service members in Kuwait, Iraq, and Afghanistan.

Daniels was heavily influenced by gospel music growing up and remnants of that can be heard in most of his music. In fact, his album, “The Door” earned Daniels his first of three Grammy Award nominations for Southern gospel recordings.

In a video that was released by Country Road TV, we get to hear Daniels perform an amazing rendition of “Amazing Grace.” The video was recorded on Larry’s Country Diner which is a down-home variety show which integrates entertainment, interviews, and music in a weekly format, taped LIVE in front of a studio audience in a country diner setting.

Watch the video of Daniels’ performance below.