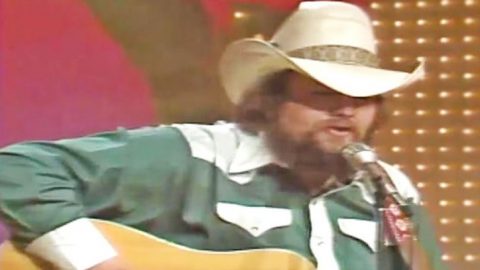 Charlie Daniels first hit the country music scene in 1961. But 14 years passed before Daniels released what is now considered to be one of his signature songs.

“Long Haired Country Boy” was first released as a single in April 1975 off of the Charlie Daniels Band’s album Fire on the Mountain. The song climbed to the 56th spot on the Billboard Hot 100, making it one of Daniels’ biggest hits up to that point.

Just four years later, Daniels was tearing up the charts with his smash hit “The Devil Went Down to Georgia.” Hot off the heels of that song’s success, Daniels decided it was the perfect time to re-release “Long Haired Country Boy.”

The re-release made its debut in 1980, and was a huge hit on the country chart, where it peaked at the 27th spot.

Throwing It Back A Few Decades

But before “Long Haired Country Boy” was rocking the charts for the second time, Daniels delivered one impressive performance of it on the show Pop Goes the Country. Filmed in 1975, the footage shows a 30-something-year-old Daniels doing what he did best, singing good country music.

Daniels took a seat on a stool at center stage, his acoustic guitar in hand. With a short, brown beard and not a pair of glasses to be seen, the younger Daniels looks nearly unrecognizable in comparison to his older self. But a few things never changed over the course of his Daniels’ lifetime: his signature cowboy hat, his powerful voice, and his unbridled energy.

Daniels went on to be regarded as a country icon. Before his death on July 6, 2020, he became a member of the Country Music Hall of Fame. Looking back on this performance of “Long Haired Country Boy,” it comes as no surprise that he was considered Hall of Fame-worthy.

You can catch the video of Daniels’ old-school performance below. This is something that all country fans should get a kick out of!