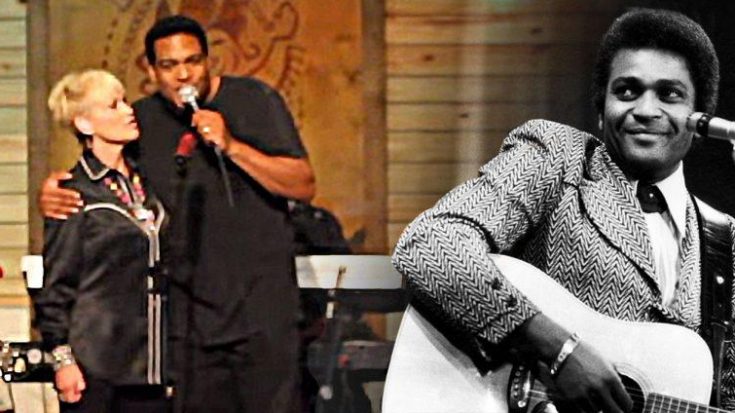 In a truly epic performance, these two singers give fans an incredible two-part rendition of  the biggest hit in Charley Pride’s career.

Pride’s son, Dion Pride and country legend Lorrie Morgan team up to pay tribute in an impromptu duet that nobody saw coming!

Pride’s chart-topping smash hit, “Kiss An Angel Good Mornin’” debuted in 1971, selling millions-upon-millions of records worldwide and skyrocketing to stardom on both the pop and country charts. It instantly became his signature tune and a true piece of country music history.

During a performance at the small country bar in Houston, Texas – Dion Pride and Lorrie Morgan took the stage to deliver a stunningly beautiful cover of his dad’s hit song that so many people have loved for so long!

Watch this incredible tribute to this iconic country legend in the video below!