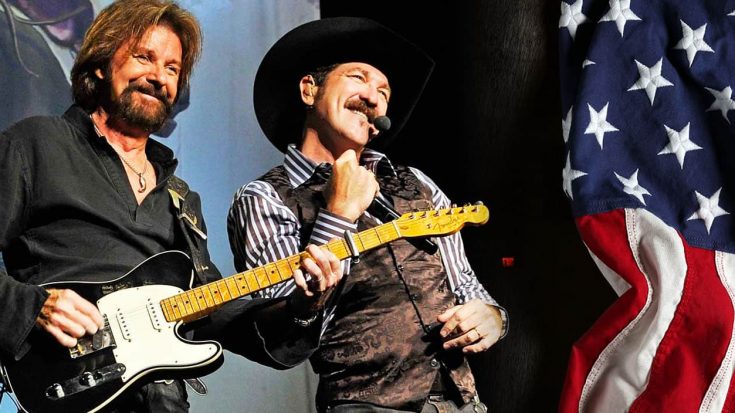 Through a rock-solid riff and incredibly powerful lyrics, this chart-topping patriotic anthem hits a home run every time it’s played – and it’s been one of the most played songs in American culture since it’s debut in July 2001.

Released off of Brooks & Dunn‘s seventh studio album, “Only in America” came out just months before the devastating 9/11 Terrorist Attacks on the World Trade Center. Its message became even more needed and welcomed following the attack.

Through stunning lyrics and a catchy melody, the song has become a favorite among political leaders, filmmakers, and country radio stations everywhere. In fact, it is one of the most-played songs during Independence Day firework celebrations.

When writing this incredible hit, Kix Brooks wrapped all the amazing right and freedoms in with a true-to-life description of how varying American culture is. Our amazing nation is known as the “Promised Land” to so many, and we are truly lucky to be a part of it!

Watch this amazing music video below, and remember how blessed we are to have our freedom!