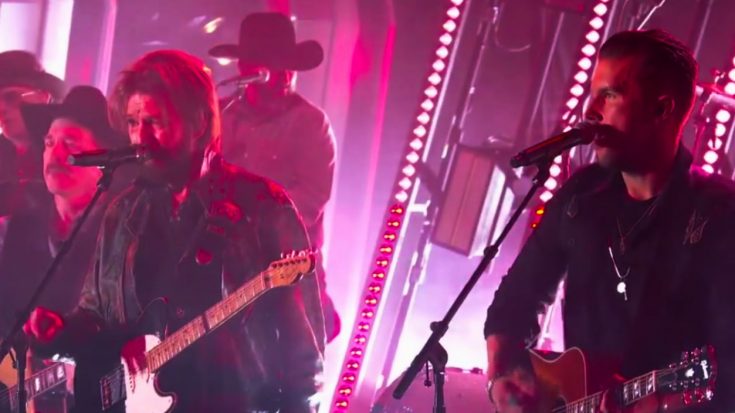 While today’s country stars got their chances to shine at the 2019 CMA Awards, legendary singers were also given their own spotlights. The 2019 CMA Awards featured performances from a number of classic and traditional country fan-favorites, including Reba McEntire, Willie Nelson, and Brooks & Dunn.

Brooks & Dunn last received a nod in the Vocal Duo of the Year category in 2010.

In 2019, the Country Music Hall of Famers were nominated alongside Maddie & Tae, Dan + Shay, Florida Georgia Line, and Brothers Osborne. The latter duo was the reigning champion moving into 2019, having claimed the trophy every year since 2016. (Dan + Shay went on to win the award that night).

So when it was announced Brothers Osborne would be joining Brooks & Dunn to perform during the ceremony, fans knew they were going to be in for a real treat.

Brooks & Dunn shared the big news on their official Instagram. They announced they would be singing “Hard Workin’ Man,” their Top 10 single they released in 1993.

Brooks & Dunn enlisted Brothers Osborne to record the updated rendition of “Hard Workin’ Man” for the album. That was the version they performed together during the CMA Awards.

Brothers Osborne opened the performance before Brooks & Dunn jumped in midway. Then, they united to deliver a hard-rockin’ performance that knocked the roof off of Bridgestone Arena!

All four performers looked like they were having a blast on stage. And the best part was that everyone else seemed to be having a fun time as well.

To sum it up, this performance was epic! You can catch Brooks & Dunn and Brothers Osborne singing “Hard Workin’ Man” at the CMA Awards by tuning in to the clip below.

It’s no wonder why these two duos have dominated the CMA Awards for years!