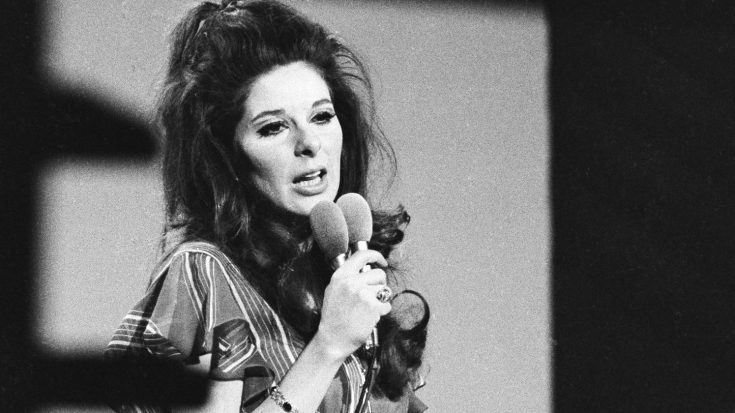 Truly an icon in her heyday, this country music superstar completely vanished from the spotlight after becoming one of the most recognized musicians in the industry.

Its the 3rd of June. "And then she said I got some news this morning from Choctaw Ridge…today Billy Joe McCallister jumped off the Tallahatchie Bridge." Bobbie Gentry was 23 years old when she recorded "Ode to Billy Joe" in 1967 at Capitol Records Studios in Hollywood. pic.twitter.com/KQnqu5fxb7

Where is Bobbie Gentry? Her final public appearance was 38 years ago at Academy of Country Music Awards on April 30, 1982. She was 40 years old. Since that time, she has not recorded, performed or been interviewed. https://t.co/STOKf7juIX

Before she disappeared without a trace, Gentry had delivered her final performance – which, at the time, nobody knew would be her last…

She was part of a group of celebrity guests who all took part in a Mother’s Day celebration hosted by Bob Hope. Titled The All-Star Salute to Mother’s Day, Bobbie Gentry performed “Mama, a Rainbow” for her mother who was seated in the audience. The song is from the 1970 Broadway musical Minnie’s Boys.

In the decades since her disappearance, it has been hard to find a copy of this specific performance…but one YouTube account uploaded a very rough-looking recording of the performance for all of Gentry’s fans to enjoy.

See the full video below of Bobbie Gentry’s final performance. It would be one of the last times she was ever seen in public again…