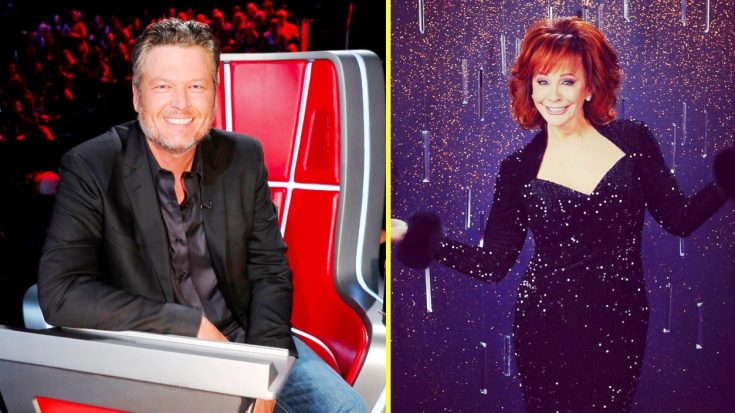 The two staples on every season of The Voice so far have been host Carson Daly and coach Blake Shelton.

But, as it turns out, if The Voice had their first choice in country coaches, Shelton wouldn’t have been cast.

During a special Voice event at his downtown Nashville bar Ole Red, Shelton performed, but also spilled some never before heard secrets!

Even though McEntire wasn’t available, Narvel suggested another one of Starstruck’s clients, Blake Shelton.

At Ole Red, Shelton also said, “I had done a show for NBC a couple of years before, called Clash of the Choirs, that was just a one-week seasonal thing. I was a coach for a choir there, and it was fun. So they knew just enough about me that they rolled the dice and said, ‘Okay, we’ll try him.’ At the time, I think  ‘Hillbilly Bone’ had been a hit, and one other song, so I was on the radio. It was enough justification that, ‘Yeah, he could be the country representative.'”

So, he booked the job – without ever meeting Aguilera, Green, or Levine – and has never looked back.

“It was magical, the way it all happened,” he added.