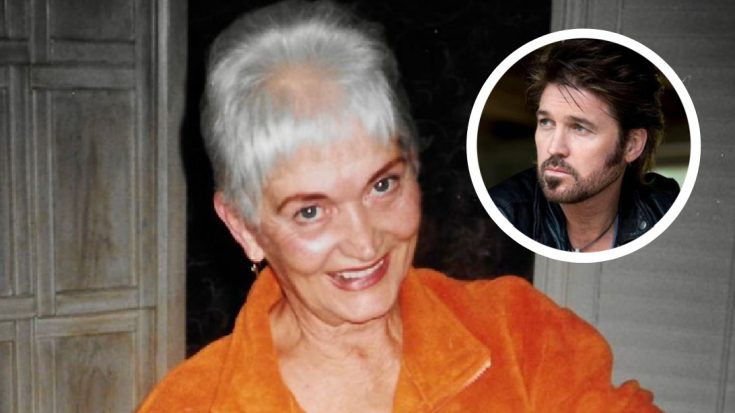 Billy Ray shared the news of his mother’s death on social media Friday (August 12), saying, “My mom went to heaven today. She belongs there. She earned it. She was the very definition of love.”

Cyrus’s daughter Noah shared a tribute to her late grandmother on her Instagram stories that included a photo of Ruth Ann holding Noah as a baby. “Forever and everafter,” Noah captioned the photo. “I love you mamaw.”

Following Billy Ray’s post about his mom’s death, fans showed and outpouring of support with condolences posted to his social media pages. Fellow country singers such as Dierks Bentley, Lindsay Ell and Elle King extended their heartfelt condolences to the family.

“I am so sorry to hear this my prayers my love and I will be with you I know this is a heartbreaking time Miss Ruthie will be missed she was the sweetest most loving person I’ve ever met God just got himself one more angel my heart goes out to you,” one fan wrote.

Another fan shared, “Your Mom was love…I met her at one of your fan club parties. She was the sweetest!”

Our thoughts and prayers are with Billy Ray and the rest of the Cyrus family.